THE French language just makes threats sound alluring or delicious, it has been confirmed.

As French President Francois Hollande warned a British exit from the EU would have terrifying consequences, Brexit supporters said he sounded quite sexy and not at all frightening.

Eurosceptic, Martin Bishop, said: “Either he was actively trying to seduce me or he was reeling off some kind of delicious recipe.

“Either way, I don’t feel threatened in the slightest. I feel hungry and, yes, perhaps even a little bit turned on.”

Brexit campaigner Roy Hobbs added: “I’d do whatever he asked if he looked right at me and said it in French.

“Except for voting to stay in the EU. Leaving the EU would be better than sex.” 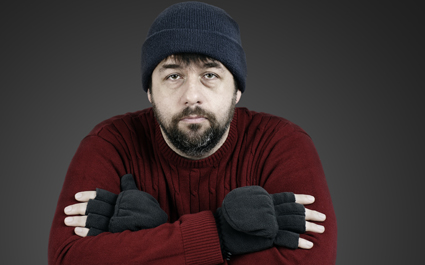 A HOMELESS man has confirmed that jokes about his Rolls Royce, 40-room mansion and millionaire status make living on the streets so much easier.

Roy Hobbs of Manchester, who sleeps on a broken pallet under a flyover, said the humorous remarks really take the sting out of the below-freezing temperatures.

He continued: “Just today passers-by have joked that I’ve got an 80ft yacht in the Caribbean, that I earn more in a day than they make in a year, and suggested my mink Prada coat must be at the dry-cleaners. That was some good stuff.

“One man even asked if I could loan him a few grand until payday, which made us both laugh before he climbed into his big Range Rover thing with fancy headlights.

“I do wish they’d accompany their jokes with some change, but times are hard for everyone and I don’t bear a grudge. I’m too busy enjoying the top quality funny banter to feel any resentment.”