Greek butlers all round

EVERYONE in Britain is to receive part of a Greek person in exchange for large amounts of cash.

As the European Union confirmed it will take all your money and throw it into a giant flaming pit on the outskirts of Athens, there were demands that the populations of Britain, France, Germany and Holland get a timeshare in a Greek butler.

Plans are now being drawn up to train everyone in Greece to perform a variety of household tasks with absolute discretion.

They will then be bussed across Europe while thousands of EU helicopters drop your children’s tuition fees into the unquenchable Greek money furnace.

The move has been welcomed by millions of Britons who said they would much rather have a full-sized Greek human to play with than send their horrible mistakes to university.

Tom Logan, from Finsbury Park, said: “I want one of those wrinkly old grandmothers who will be all loud and gesticulate wildly, but will make me fantastic food and pull me to her bosom and tell me how proud she is before sending me off to work while weeping hysterically.

“I would also like the prime minister of Greece to clean my bog with his tongue.”

Julian Cook, from Stevenage, said: “I want Vangelis to follow me on a scooter when I go jogging and play Chariots of Fire on a Stylophone.”

And Martin Bishop, from Grantham, added: “Generally speaking I’m quite self sufficient but I would like a young Greek man to wash my car on a hot summer’s day.

“Or perhaps a young Greek man to help me look for change down the back of the sofa.”

Helen Archer, a housewife from Peterborough, said: “My friends and I are going to apply for a swarthy man in his mid 40s and then we’ll take it turns to play Shirley Valentine until we break him and get another one.”

Zawahiri to lead the three guys in his living room 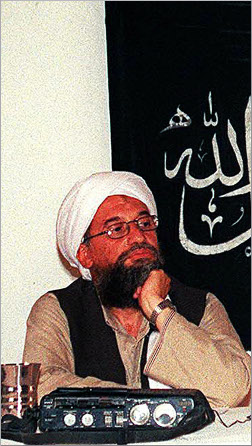 AYMAN al-Zawahiri was last night named as the leader of the three guys sitting in his living room that everyone has agreed to call ‘Al Qaeda’.

The man who served for years as number two to Osama Bin Laden in a five man organisation will now have absolute authority over the  trio of mildly bored jihadists who hang around a shitty, half-built safe-house that is definitely not owned by the Pakistani secret service.

According to MI6 sources there is the guy that runs the website, the guy that does the shopping and the guy who gives amazing back rubs and sorts out the Cup-a-Soups.

Intelligence experts said Zawahiri would now rule the world of terror through a tightly controlled network of complete lunatics who do whatever they want but use the term ‘Al Qaeda’ because it scares people and is not exactly trademarked.

Former CIA consultant, Wayne Hayes, said: “At last count there were about 614 Al Qaedas – Watford’s got seven – but crucially Zawahiri is now head of the Al Qaeda inside your brain.”

Mohammed Logan, a jihadist from Uzbekistan, congratulated Zawahiri, but added:”You do know that Al Qaeda is not really a thing in the way that actual things are things, yeah?

“It’s not even a franchise, it’s more of a nebulous concept that everyone is free to interpret differently and describe however they want.

America has described Zawahiri as the ‘mastermind behind 9-11’ after forgetting they had already said that was Khalid Sheikh Mohammed which was why they have spent the last eight years sending a high voltage current screeching through his testicles.

The White House last night acknowledged Zawahiri’s career development before predicting he will soon be shot in the ear by Harrison Ford and then buried in outer space.