Kate in a pretty dress: Six reasons why Jamaica should drop this republican nonsense immediately

REPUBLICANS in Jamaica still expect to push through their divisive anti-monarchy agenda despite being visited by a thin white woman. Here’s why it can’t happen:

We’ve brought out the big guns to battle this insurrection. The Duchess of Cambridge herself has blessed your insignificant island with her glowing presence. She’s banged bongos, swum with sharks and worn colourful dresses. She is a living, breathing argument for monarchy that is impossible to refute.

Though sadly resembling his father, Wills is always game for a laugh, proving conclusively that Caucasian hereditary heads of state from 4,561 miles away are a brilliant idea. He’s climbed into a bobsleigh and sort of shiftily implied he’d seen Cool Runnings. What else do you want?

Their children are angels from heaven

They’re not on this tour but George, Charlotte and the other one are divine beings of pure light who have descended from the ethereal plane to uplift humanity to utopia. And just think, in no more than 70 years one will pretend to rule your lucky, lucky country.

Nobody did anything mean to Meghan

Just because the only black member of the Royal Family quit after less than two years making claims about racism or something doesn’t mean any of it was true. She’s a Hollywood princess who lives in an imaginary world. Kate and Wills love black people! That’s why they’re here!

Who are you going to have instead, a president? Some boring Jamaican man without any palaces, jewels or a tradition of rich pageantry? Imagine how you’ll feel in 20 years when George announces his wedding to a woman as pretty as his wonderful mother and you’re not a part of it and don’t even get a day off? You’ll feel like idiots.

The Queen will be upset

In her Platinum Jubilee? When she’s already lost her husband, her favourite son’s been in all that silly bother and her grandson’s turned on her? And you’re planning to leave her without the dancehall riddims she so enjoys? How could you? If she dies it’ll be your fault. 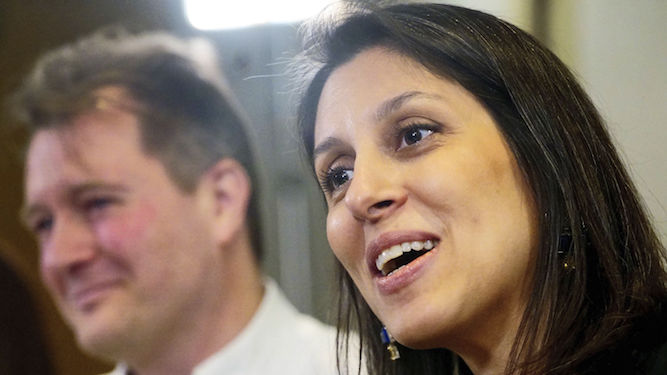 FURIOUS about how ‘ungrateful’ you think Nazanin Zaghari-Ratcliffe is? Send your opinions to these relevant places.

The nation’s bins are home to apple cores, Big Mac containers and other pieces of disgusting detritus, meaning your unwarranted opinions about Nazanin Zaghari-Ratcliffe should fit right in. If a litter bin isn’t to hand then pop your gammon brain ramblings into a dogshit bin. It works just as well if not better.

Back around your brain

The part of your brain which deals with empathy must have let this horrible opinion slip through by mistake, so send it back around for a second try. Is it still getting the green light? If so, go and see a psychiatrist who will declare you criminally insane. You will spend the rest of your life being wheeled around on a gurney like Hannibal Lecter, which at least will keep you off Twitter.

Vast, deep, and already home to f**ked-up shit like anglerfish, the sea is the perfect place to dispose of your thoughts on why a woman needlessly detained for six years should show the government the faintest flicker of gratitude. Your opinions will be at home among other waste like sewage and old uranium rods, and why not walk into the sea while you’re at it?

As well as being a great day out for the family, tyre fires do an incredible job of incinerating things. Simply rock up with your warped worldview, tip the owner a tenner, and they should let you chuck it on the inferno. Stand nice and close to the blaze on the off chance that the noxious fumes will fix your thought processes.

Not metaphorically either. Grab a pen and paper, write down in detail all your idiotic opinions about an imprisoned charity worker, then roll them up tightly and shove them into your anus where they belong. Even Boris Johnson disagrees, so you must be bloody wrong.