THE Duchess of Cambridge has been taken to Australian hearts after a series of increasingly racist comments about New Zealand.

Kate has made headlines across the continent by charmingly insulting Kiwis as lazy, backwards farmers who punch themselves in the face when trying to tell the time.

Australian journalist Eleanor Shaw said: “From the moment she touched down, and remarked how wonderful it was to be in a country where sheep at least get bought a drink before sex, Oz has fallen in love with Kate.

Her Kiwi impression  a pinched face and a whining voice demanding a slice of lolly cake  has turned ten thousand republicans into royalists.

And when she told the Prime Minister that the haka is just how New Zealanders take a dump because their toilet seats are too filthy to touch, we were delighted.

Nathan Muir of Melbourne said: She was so warm and friendly, especially when she told me that Shortland Street isnt fit to wipe the arse of Neighbours.

But when they thought Id left the room, Im sure I heard her say Throw another shrimp on the barbie, Bruce, ya roo-fuckin convict.

I didnt know she was part Australian. 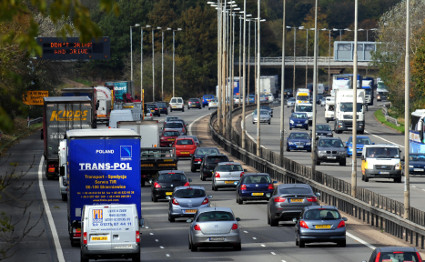 BRITAIN’S traditional Easter traffic jams have been blighted by heavy rain for the third successive year.

Hard-working families who spend all winter dreaming of being trapped in a boiling car on the M4 for eight hours saw their dreams ruined.

Stephen Malley, from Richmond, said: “The kids have been looking forward to this for ages and we’d got everything in – melting chocolate, scribbled-in activity books, the third CD of a Lee Child audiobook stuck in the stereo.

“A few hours of that and we’d have been avoiding each other for the rest of the year, but instead the relentless drumming of rain on the roof while we were warm and dry raised all our spirits.

“I tried to bring the rancour back with a game of I-Spy, but visibility was so low we couldn’t even get in a good argument about that.

“The family ended up getting on really well and planning more days out. It was an absolute disaster.”