OASIS founder Noel Gallagher has launched a scathing attack on garden sheds belonging to Damon Albarn and other members of Blur.

Gallagher restarted the notorious Oasis-Blur spat of the 1990s after he described Albarn’s 6×8’ shiplap wooden shed from B&Q as “shite”.

Gallagher said: “It’s exactly the sort of twee little shed you’d expect from a middle-class ponce like Albarn. I doubt there’s even enough room for all his gardening tools once he’s put the kids’ bikes in.

“I’ve got a 10×12’ steel frame shed which combines a wood-effect finish with the security of a metal shed, so stick that up your arse, Albarn.”

Gallagher also criticised Graham Coxon’s 4×3’ windowless shed as “not worth the trouble of putting up”, and said he hoped Alex James’ collection of large farming sheds “got shed AIDS”. 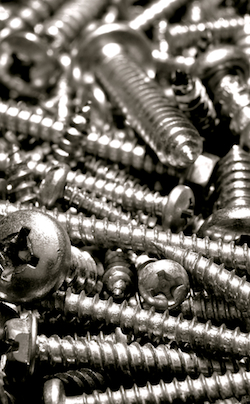 WOMEN are increasingly taking responsibility for the crap activities traditionally done by men.

The Institute for Studies found that more women were doing pointless man activities such as constructing vast model railways, making undrinkable homebrew and starting DIY projects but never finishing them.

Professor Henry Brubaker said: ”It’s possible that after years of being excluded from crap male activities women mistakenly believe there is some pleasure to be had from spending months brewing beer thats basically rank, yeasty water.

“Alternatively they may think that if a wholly pointless task needs doing, such as building a scale model of HMS Victory from a kit, it would be quicker to do it themselves.

“The message is clear – modern women are refusing to be stuck in the kitchen when they could be in the garage sorting screws by size into a little set of Black & Decker plastic drawers.”

Professor Brubaker added that many women were choosing to remain single rather than have relationships with men with crap hobbies, and so were having to take up trainspotting, martial arts and collecting beer glasses themselves.

Barrister Donna Sheridan said: ”I don’t need a man in my life to start a collection of classic comedy DVDs that come with a massively overpriced part-works magazine.

“Last night I got all my girlfriends to come over for a Jean Claude Van Damme marathon and we were just as bored as any group of blokes would be when you remember Universal Soldier is actually just shit, rather than so shit it’s funny.”