PRESIDENT Robert Mugabe has agreed to resign in exchange for a pension of 5000 gazillion Zimbabwean dollars a year.

Mugabe, in power since 1980, has insisted his long service entitles him to two-thirds of his final salary plus a lump sum.

Government officials are now preparing to buy up two million acres of Scandinavian spruce to supply Zimbabwe's paper mills and have commissioned 1000 trucks to deliver the monthly cash allowance to the ex-President's stolen farm.

The lump sum will be stored in a fleet of tankers, an office block and a football stadium.

Meanwhile the country's economists are devising a new number for the final cash total. The current favourite is a 'mugillion'.

Sources close to Mugabe said he would spend his entire first month's payment on a really nice pen.

The outgoing president has also spoken of his shock at losing to the opposition MDC.

"My 2002 manifesto stated quite clearly that I would push inflation beyond 500,000 percent a day, put absolutely everybody out of work and beat seven shades of shit out of anyone who disagrees with me.

"Despite fulfilling these pledges I offered to push inflation even higher, to make everyone even more unemployed and to find that elusive eighth shade of shit to beat from my enemies. 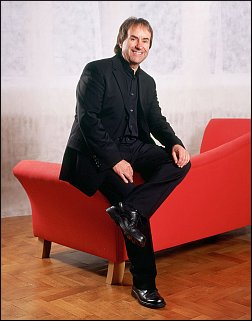 BRITAIN’S first hybrid embryo was on the run last night after escaping from its laboratory cage.

Confirming the dire warnings of angry Catholics, the beast prised apart the flimsy bars, before disguising itself as a cleaner and slipping out the backdoor of the Newcastle facility.

Police believe the creature, made from bits of monkey, some meat paste and a can of Fanta, is either living in a tree or has simply blended in with the typical clientele of a Tyneside pub.

Chief Inspector Tom Logan, who is leading the hunt, said: “By now it will have successfully claimed incapacity benefit and be looking for a ‘mate’.

“It should not be approached, even if it winks at you, and in the interests of public safety we need everyone in the North East to stop having sex right now.”

Award-winning Catholic, Cardinal Cormac Murphy O’Connor, said: “The beast is among us.

“It will breathe sulphur and its eyes will bewitch those who are weak of spirit, or have had more than three Bacardi Breezers.

“For all we know this Satanic monster has already commenced its depraved rutting.

“Before long England will be filled with malicious, grasping, foul mouthed little demons each with its own Facebook page.”