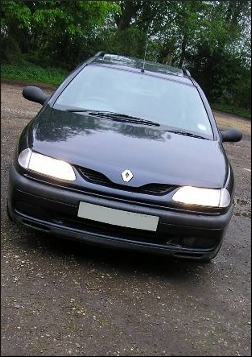 Pop was forced to act after the Advertising Standards Authority ruled that his television commercials for Swiftcover.com had misled more than 11 people.

The ASA said it was shocked to discover that the New York-based new-wave legend did not have a motor policy with the biggest insurance company in Woking.

Insurance industry analyst Julian Cook said: "When I saw the advert I have to say my first thought was not, 'I wonder if he really does have a policy with Swiftcover', it was, 'Oh dear God, Iggy Pop must be absolutely skint'.

"Personally I would be shocked to discover if the 12 people who complained were not in some way connected to Norwich Union, or whatever the hell they're called these days."

Meanwhile the ASA rejected complaints from more than 250,000 Iggy Pop fans who said they could simply not believe what they were seeing.

"I don't use it for business or commuting. It's really just for nipping to the shops two or three times a week, golf on Saturday mornings and, of course, church."

A Swiftcover representative said the premiums are likely to be a bit higher as Mr Pop has four points on his licence for driving while having home-made vodka injected into the base of his spine and fucking a frozen chicken.