Not Even I Believe That Shit, Pope Tells Brown

POPE Benedict XVI has told Gordon Brown that he has believed some crazy things in his time but he's not buying that crap.

During an audience in Rome yesterday Mr Brown said Britain was facing a deep recession and its people were suffering, but insisted none of it had anything to do with him.

Pope Benedict told the prime minister: "Are you taking the piss? Eh? This is the Vatican, you can't just come in here and start taking the piss, you know.

"Listen chum, I believe that a 14 year-old girl got pregnant by the 'Holy Spirit' and that the child was the Son of God and also God at the same time, whatever that means.

"I believe that he walked on water, that he raised the dead and that he fed 5000 people with a couple of haddock.

"Not only that, but I also believe some really weird shit about dead, unbaptised babies being condemned to limbo. And, between you and me, I also believe that Jesus could fly.

"Now given all that, you would expect me to swallow just about anything, but what you just said sounds like a lot of arse to me."

The Pontiff added: "It doesn't take some kind of genius Pope to work out that your problems are based on a weak regulatory system and excessive government debt, both of which have been your responsibility for 11 and a half years.

"Not your fault? Get the fuck out of my office." 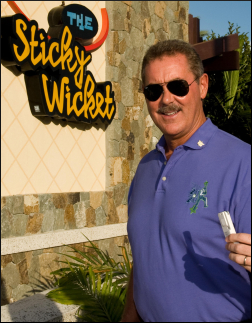