Now may not be the best time to call Putin ‘gay’

PEOPLE who accuse Vladimir Putin of being a latent homosexual may want to back off for a bit, experts have confirmed.

In the wake of Russia’s anti-gay laws it has become popular to speculate that President Putin is a closeted gay man, filled with self-loathing.

But experts stressed that, in the current climate, that would be an incredibly bad idea.

Julian Cook, professor of Russia at Roehampton University, said: “I would be more inclined to say that bare-chested horse riding is the mark of a great statesman with a string of mistresses.

“We know that President Putin will do what is right for mankind because of his enthusiasm for judo.

“And when the world finds itself in great peril we must all look to the wisdom of bear hunters.”

Tom Logan, who used to think the horse riding photo was homo-erotic, said: “I have no idea what you’re talking about.

“All I see is a man who, unlike me, could have any woman he wants.” 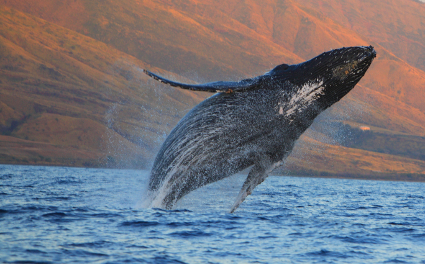 A WHALE graveyard is full of tacky and garish tributes left by other whales, it has emerged.

Palaeontologist Stephen Malley said: The resting place of these majestic aquatic giants was marked with some utter tat.

The vast fossilised skeleton of a blue whale was accompanied by a stuffed Garfield and a message written in green felt-tip saying Luv u Splasher, your with the angles now.

The nearby grave of a young minke whale had been decorated with an empty 50 Cent CD case and a floral display reading GANGSTA PIMPIN 4 REAL.

Weve learned a lot about whales from this remarkable mass grave, mainly that they are tasteless bastards who think an inflatable Shrek is suitable for a place of mourning.

Malley believes many of the tributes were left by whales who did not even know the deceased and just wanted to feel they were part of something.

Naturalist Donna Sheridan said: It’s like when an elephant dies, the rest of the herd will gather round the corpse and listen to its favourite songs, even if its something inappropriate like Blurred Lines.