Obama asks Romney to explain the origins of Mormonism again

AS Mitt Romney took another decisive step towards the Republican nomination, President Obama asked if he could tell him again how Mormonism got started. Romney was the big winner of ‘Fabulous Tuesday’ when all the Republican contenders showcase their latent homosexuality in 10 states at once.

As Romney celebrated in Boston, Barack Obama phoned to congratulate him on his victory and convey his hopes that they would have a clean fight for the presidency, before adding: “Tell me the story about God’s message being at the bottom of a hat.”

The former Massachusetts governor then explained how in 1823, Joseph Smith, the founder of Mormonism, met an angel called Moroni who told him that nearby were buried some golden plates, a pair of spectacles and a ‘seer stone’.

President Obama then interrupted briefly to ask: “Sorry, did you say he was  called ‘Moroni’?”

Governor Romney said ‘yes’ and then explained how eventually Moroni allowed Smith to dig up the golden plates and then translate them – from a previously unknown form of ‘Egyptian hieroglyphics’ – by using the spectacles while staring at the stone, which he had placed at the bottom of a hat.

After a five second pause, President Obama said: “And that’s what you believe?”

Governor Romney replied: “Yes it is.”

The President continued: “I know that mainstream Christians, like myself, believe Jesus was the son of God and came back from the dead, but that is very… special.”

The President then asked if everyone now understood clearly the basis of Governor Romney’s belief system, adding: “So we won’t need to ask him again, will we? 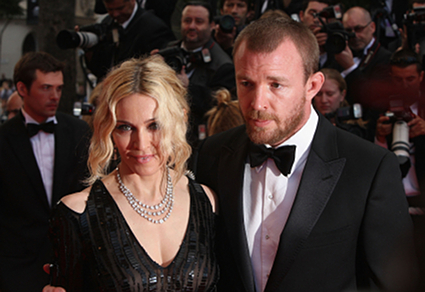 Guy Ritchie hits back at ex-wife, claiming she served boiled eggs between the buttocks of a transgender slave.