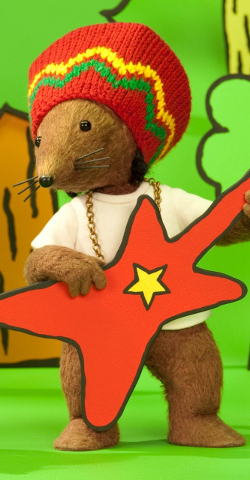 THE BBC has been accused of encouraging annoyance with its new series about a Jamaican rodent.

Although Rastamouse has hardly been on for five minutes, parents of young children, husbands and ‘young at heart’ men are already finding cries of ‘Irie’ in a pseudo-West Indian accent extremely wearing.

Housewife Nikki Hollis said: “Last night my husband said he was ‘gwarning’ to Pizza Express with his ‘bredrin’. He’s a 45-year-old caucasian who works as a systems analyst.

“If that wasn’t bad enough, our seven-year-old son keeps asking if his sandwiches are ‘Ital’ and has just successfully won the right to smoke marijuana in assembly, having convinced the school governors that it is essential to maintaining his spiritual connection with Jah.

“I should add that neither of them has actually even seen Rastamouse yet, they’ve only read about it on the internet and decided that the general idea is the most inspired thing ever.

“I have watched it and I disagree.”

“Any man dem hating on those likkle rodents is an utter raasclart, seen.”

TV pundit, Julian Cook, said: “Although probably not actually racist unless you’re a dick, Rastamouse may not be amusing for much longer than a nanosecond.

“However, I’m looking forward to the episode ‘Batty Mouse’ where a gay mouse arrives on the scene and challenges the Easy Crew’s staunch views on homosexuality.”