My boy Joe is not going in with the tea-drinking Brit pleasantries. He is walking in, nodding at his boys to mind the door, and cracking that lying snake motherf**ker across the temple with a pool cue. That’s opening negotiations donkey-style.

Out with the charm

Now it’s time for that famous Irish charm. Eyes sparkling, Joe’ll sit himself down for a traditional bowl of Ireland’s favourite cereal Lucky Charms. I never miss a bowl myself and I’ve killed a man with a pen.

Joe will pour the doubles and ask the questions. ‘So, you’re f**king with the Good Friday agreement? Endangering peace? Shall we perhaps have a think?’ Then break a bottle on the table but just hold it, breathing hard.

It’s important in negotiations to let the other dickhead speak, like I did when the bank tried to close my f**king bar. Don’t listen, just relax and let a peaceful, happy Irish tune like ‘The Croppy Boy’ run through your head. Then go f**king ballistic.

Biden will lay down the law; no violations of Good Friday, no hard border, fast track to unification, f**k the English. Hopefully with a knee to the groin. Then just walk out.

A man's options when a woman says 'It's nothing' 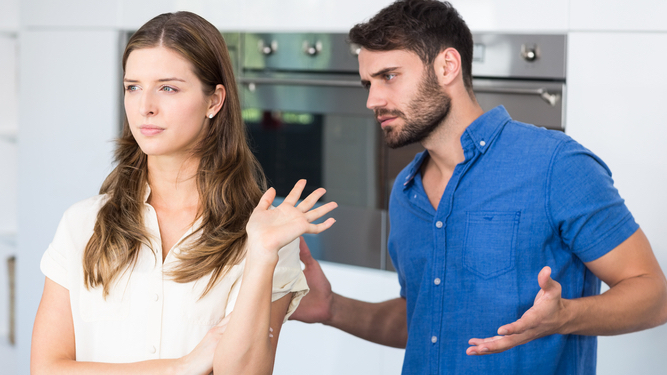 A MAN instinctively knows when a woman says ‘It’s nothing’, she means ‘It’s something’. But what really matters is the response that follows.

Say ‘Okay’ and forget about it

Very bad call. Acknowledging the problem yet showing little interest about something you’ve just been told is ‘nothing’ is totally the wrong thing to do. Make a big cup of coffee, psychologically steel yourself and take an hour or so slowly finding out what the problem is.

Talk about how you’re feeling instead

A woman initially refusing to explain her feelings is not a cue for a man to waffle on about the diversion he had to take on the way home because of roadworks.

Very risky. You might get away with pretending not to hear ‘It’s nothing’, but if you blank the follow-up ‘I said I don’t want to talk about it’, you’re in a whole world of trouble, and will have to keep up the pretence of zoning out for the rest of your soon-to-be-ended relationship.

Message her best friend to ask

Only ever to be used for gift ideas. Never use this option to determine the root of a problem, as you will become caught up in a problem now involving two women. You could ask her best friend to not mention it, but that won’t work.

Completely change the subject, for example ‘I wonder what the new James Bond film will be like?’ However a high-risk tactic, and something you should only attempt if you’re supremely confident, or most likely, a total coward.