Trump in battle with hobo Trump

PRESIDENT Trump is locked in a vicious battle with Steve Bannon, his former chief strategist and shambolic, rail-riding alter-ego.

Bannon, who left the White House with his bindle over his shoulder and his toes poking out of his shoes in August last year after hearing the call of the cicadas and the open road, has blasted the president in a new book.

Wearing three shirts to indicated that he has united the three Hobo Nations of the US, Bannon said: “He ain’t no better than me, just for he ain’t use a rock as a pillow.

“I delivered that chicken-chasing asshole the Big Rock Candy Mountain and I don’t see the gratitude. I see nothin’ more than a fool who’d deny a man who’d hiked a hundred mile a hand-up to the boxcar.

“No hobo’d invite the Russians to sit around the jungle fire. No hobo’d hobnob with the railyard bulls. He ain’t got the pride of a hobo.

“Still, after two years we switch and I become president. That was the deal. I got him to write his ‘X’ in blood.” 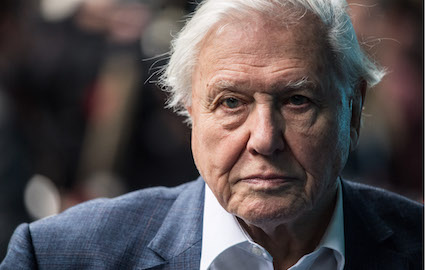 THE BBC has a roster of seven different David Attenboroughs they edit together to make his programmes, they have admitted.

The veteran presenters are each used for different sections of a programme, rotated at intervals of between 20 minutes and an hour, and are made to look like a single presenter in the cutting room.

“They’re driven from location to location in a special minibus with blacked-out windows and are fed from a large trough to reduce overheads.”

Shaw added: “No, I don’t think we’re deceiving the viewers. We’re using multiple Attenboroughs to create the concept of a single Attenborough because it’s the best way to involve audiences in the stunning story of an Attenborough’s fascination with the natural world.

“Oh Christ they’re hooting. One of them must have sneaked an interesting mammal into the minibus. We have to rescue it before they narrate the shit out of it.”