Vegemite should be restricted because it tastes like graveyard soil, say campaigners

CAMPAIGNERS have called for a ban on the sale of Vegemite because of how it tastes.

The unpleasant spread is highly popular in Australia, and often used to numb the pain associated with skin cancer, isolation, and cricket.

But activists have called on the government to restrict its sale, claiming it makes Marmite-coated Twiglets seem like the peak of gastronomic refinement.

Anti-Vegemite League founder Nikki Hollis said: “The rush of nausea when your first encounter Vegemite briefly lets you forget you live in a nation whereculture is represented by soap operas, surfing, and soap operas about surfing.

“It’s a tar-like drug that distracts us from making more good films like Mad Max or the one about disappearing schoolgirls on a rock.”

Scientist Mary Fisher said: “Anyone who says Australia has no culture has clearly never examined their Vegemite under a microscope.

“We recommend spreading a thick layer of Vegemite on a slice of toast or savoury cracker, and hurling it into the nearest incinerator.”

Vegemite fan Donna Sheridan said: “You’ll take my Vegemite from my cold, dead hands. At least, that’s what they smell like after handling Vegemite.

“I like it because of the aftertaste, when I no longer have Vegemite in my mouth.” 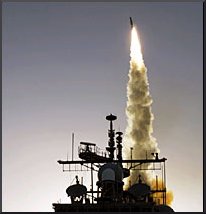 THE government is to combat rail strikes by putting together a crack team of retired ‘scabs’.

The team is lead by former train driver and scab, Martin ‘Blackleg’ Bishop, who once crossed eight picket lines in a day in the summer of 1973.

Bishop said: “When I got the call from Cameron I said, ‘I’m retired, my scab days are behind me’. Then he offered me more money, which I couldn’t resist because I’m a total scab.”

He added: “These guys are still passionate about undermining the power of collective bargaining.”

Steele will be in charge of transportation, while Hobbs specialises in taking massive amounts of foul-mouthed abuse.

Hobbs said: “It’s my last chance to be called a bastard by some filthy Marxist in a donkey jacket.”