What About Handjobs? Women Ask Pope

DOZENS of women have written to Pope Benedict asking if Roman Catholic
priests can be allowed the occasional hand job.

In an open letter, the girlfriends of more than 40 priests have called for a relaxation of the church’s stance on celibacy to allow a limited range of sexual practices, including the reverse Dutch Steamboat, the Stockholm Slip’n’Slide and the Sorcerer’s Apprentice.

But a Vatican spokesman said: “Having read the letter I can’t help noticing that the shaky handwriting looks suspiciously like that of a man on the edge of a nervous breakdown. Not to mention the fact that several of the pages were stuck together.”

Almost seven Italian priests have died in the last year, with coroners claiming that dangerous build-ups of happy sauce have caused embolisms, heart attacks and in one case, a penis that looked like an exploding comedy cigar.

The letter cites several passages from scripture, including St Paul’s third letter to the Corinthians in which he states ‘let the priests be clean of visage, and their feet unshod shall be, meanwhile their walnuts should obviously not be the size of spacehoppers’.

The coalition of mistresses has also suggested that, once a week, a priest should be allowed to insert his genitals through a hole in the confession booth partition and allow a local woman to touch him with a chicken feather while he says at least 120 Hail Marys.

One priest-handler said: “It would certainly be less degrading than what Father Kelly used to make me do every night after vespers. I don’t know if you’ve ever tried to do a handstand in a font but believe me it’s no church picnic.”

But a Vatican source insisted: “The Pope is not totally unsympathetic – he’s seen Barbarella for Christ’s sake – but he simply does not understand why a fully trained priest would seek comfort in the arms of a woman when he’s surrounded by rows and rows of freshly packed boymeat.” 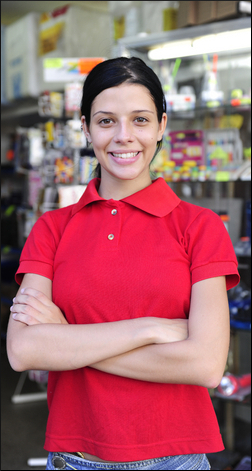 THE long-term jobless must stand about in big shops wearing polo shirts, the government has confirmed.

Ministers have warned that those not prepared to put on a cheap uniform and loiter with the equally indolent while chatting about car stereos and intercourse could lose their benefits.

Work and pensions secretary Iain Duncan-Smith said: “I think the real tragedy for this country is that many people have chosen to stay on benefits because they believed that if they got a job they’d have to do some work.

“In fact there are loads of jobs that involve no work whatsoever, such as shops, tourist attractions and rapidly failing Cajun-themed restaurants. Plus you can steal things, which helps to compensate for any money you lose in coming off the government’s teat.”

He added: “This gives people from deprived backgrounds the chance to continue doing absolutely nothing but doing it in a structured way that will give them the confidence they need to win a fight in a pub car park.”

Tom Logan, managing director of a big shop selling carpets and tiles, said: “We’re always looking for people with a slightly glazed look who can lean on things. We just like having them around.”

Stephen Malley, who was unemployed for 12 years before doing nothing, said he never knew how rewarding work could be until he was offered the job of standing in the middle of a discount supermarket.

“Holding a clipboard and occasionally moving a box of cereal slightly to the left has given me so much confidence.”

He added: “I’m now going to pretend to look for something in the warehouse, although I shall actually be smoking a bifter by the skips.”