Why do all our neighbours f**king hate us? An Englishman investigates

FRANCE, Ireland, Scotland – if you’re next door to England you hate the English. But what’s causing this bizarre phenomenon? Wayne Hayes investigates:

As winners of the greatest prize on Earth simply by virtue of our birth, we English know we’re lucky. And, generously, we share that gift with the world.

We blessed France with a tunnel. Ireland has profited from centuries of our steadfast companionship. And we’ve been kind enough to allow Wales, Scotland and Northern Ireland to join us as one nation despite their inferiority.

But still our neighbours carp and whine. Why? Well, to get the obvious out of the way, they’re jealous. They see our shining wonder, realise they can never live up to the country that invented the television and penicillin, and can’t take it.

Second, of course, is that we won the war twice. This is why the French are being so awkward about English soliders patrolling their coastlines. It reminds them of how weak they are.

And third, we’re so well-loved around the world. Whether you go to Australia, India or Kenya, mention England and you’ll hear nothing but outpourings of love for our monarchy, our humility and our sense of fair play.

Meanwhile the feckless Irish, the bitter, drunk Scots and the gloomy Welsh have barely even managed to run their own countries. It really is pathetic how they project their inadequacy onto us.

So that’s why we’re so ill-liked: paradoxically, because we’re brilliant and all our neighbours are useless, resentful twats. And if they can just accept that I believe we can all move forward in a spirit of honest harmony.

If not? Well, we’re England. We’ll kick the shit out of them.

How to hide your delight when a couple breaks up 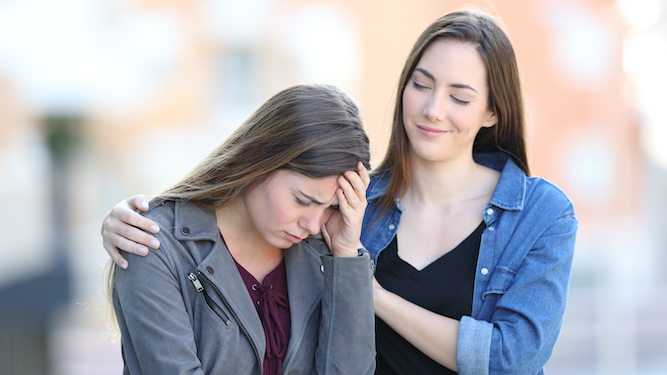 KNOW someone who’s been abandoned to singledom like you? Hide your obvious glee with these tips:

It’ll feel unnatural, but when you hear that a friend’s relationship has gone to shit you should make your facial features resemble a sad emoji. Think of upsetting things to achieve this look, like the fact that you haven’t been on a date in five years and the wedding photos your ex recently posted on Instagram.

Use an upset tone

An upbeat tone of voice is a dead giveaway that you’re happy someone else’s romantic life has gone wrong. Instead, try to sound miserable and lifeless, like when a checkout cashier asks if you’ve got a Morrisons loyalty card. Your friend will mistake your monotone drawl for sympathetic sadness and feel reassured.

A carefully positioned hand will mask the beaming grin that’s spreading across your face as your friend recounts the months of simmering hatred that led to the split. You knew their relationship was too good to be true so the vindication will feel euphoric, but do the polite thing and let them wallow for five minutes.

You’ll be a pressure cooker of joyful cackles after hearing that your friend got ditched on their birthday, but you must only laugh internally. Your raucous interior hysterics will be so loud that you won’t be able to concentrate on your jilted pal spilling their guts, so just nod along on autopilot and hope they don’t want you to say something wise and thoughtful.

If your delight is too much to contain, pretend that you need to pop to the bathroom so you can punch the air and perform a little happy dance. Even though you’d need hours to express the full extent of your joy, try to keep your absence to less than 10 minutes because even the biggest of shits don’t take that long.