Why today's young people must be drafted, sent to war against Russia, killed and then come home and vote Conservative

THE liberal press, predictably, sees war in Russia as a bad thing. I see it as an opportunity. An opportunity for today’s spoilt Netflix generation to toughen up.

Because war – no-mercy, millions-needlessly-slaughtered war against an implacable opponent – is exactly what the avocado-toast millennials and the TikToking Zoomers need.

And there’ll be no insisting on they/them pronouns or calling the Mr Men racist when the bullets are flying. Once Generation Coddled is on the frontline they’ll soon drop their bullshit.

Do I care about Ukraine? Do I bugger. They all speak Russian anyway. You spend 40 years in Stalin’s back pocket? You’re no friend of mine.

But this war is the perfect way of bringing our mollycoddled Twitterati wokeist metropolitan cold-brew-sipping man-bun vegan binge-watching knee-taking genderqueer children – including my own – face-to-face with reality.

While they’re gone we’ll create a Britain fit for heroes. We’ll abolish the BBC, bring back fox-hunting and put the NHS in safe American hands. Gun-owning will be legal. Cannabis possession? Life in prison.

So when our battle-hardened youngsters return, dead or alive, after their bracing confrontation with murderous reality, they’ll thank us. They’ll join us in our alcoholism. They’ll line up to vote Conservative. And they’ll finally understand why we backed Brexit. 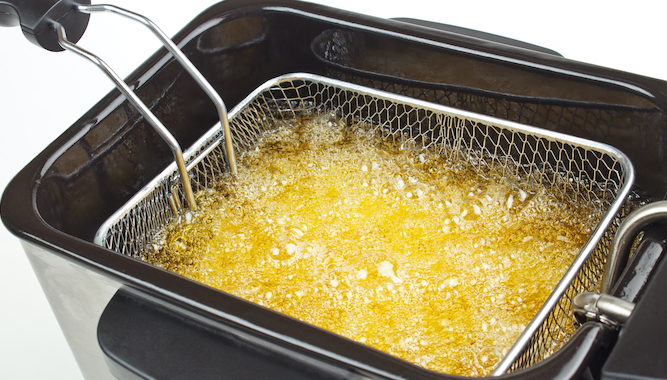 EVER since the health-and-safety brigade got their way, British lifespans have vastly increased at the price of our freedom. What happened to these dangers?

In days before smokers were disgustingly discriminated against, falling asleep with an ashtray on your lap and a lit cigarette in hand was the only respectable way to end the day. Yes, you’d wake up with a bed full of ash and a smouldering duvet, but what was wrong with that? Nobody minded.

Every British home in the 1980s smelt of fags and fryer oil. There was nothing more reassuring than coming home from school to the aroma of cooking chips, and it was small price to pay that your kitchen could at any moment be consumed in flames from the vat of bubbling oil your mum regularly left unattended.

Back before schools became little more than snowflake factories, children were allowed to really play. Rather than being covered in soft, spongy foam, playgrounds used to be made of concrete and covered in broken glass and dog shit. Kids these days will never know the fun of breaking your wrist falling off a ten-foot high slide with no safety barriers.

These days, nobody can see a stray dog without plastering all over social media as a ‘lost puppy’ before getting it microchipped and re-homed with its ‘forever family’. Back in the 80s they used to run around in packs, snapping viciously at children and old people, until the council rounded them up and humanely gassed them.

Shoddy electrical jobs by your dad

Until the early 90s, electrical appliances weren’t sold with plugs attached, which gave your dad the opportunity to do such a bad job fitting them that he electrocuted himself, cut power for six streets and burned the house down. But at least the risk of death livened up the hoovering.