Are you droning on about your problems enough?

EXAGGERATING your problems to get attention has finally been given a trendy name, ‘sadfishing’. Here’s how to get the most out of this worthwhile activity.

Remember when you cut your knee and cried for ages to get sweets? You were ‘sadfishing’ your mum. Use a similar technique now, eg. if you’re a bit glum at work, sit there sighing suicidally until colleagues are forced to bring you some cake or take you for a pint.

Be organised with your problems

It’s easy to feel sorry for yourself, ring a friend and drone on for ages. Stop. Instead make a spreadsheet containing ALL your friends and ALL your problems. Then work through them systematically so that no one misses out on your deep sadness at needing to get your boiler fixed.

Sad face emojis are no longer enough. Instead post pictures of your own depressed face, which you’ve prepped by repeatedly poking yourself in both eyes. For every burst blood vessel you’ll get 10 more ‘U OK hun?’s.

Post a ‘brave’ no make-up selfie, even though it took hours to look like you had no make-up on. Alternatively make a ‘brave’ confession like not having many friends when you were 12. People won’t dare to point out it’s not really ‘brave’ like taking on an armed robber.

Watch out for opportunities to be miserable

If you see someone else sadfishing, join in and escalate it until it’s all about you. They’re upset their pet has died? Jump in and tell them about every dead pet you’ve ever had. It’s fine to make up a few childhood guinea pigs, and even a beloved dog.

Review of the decade lists can f**k right off, says everyone 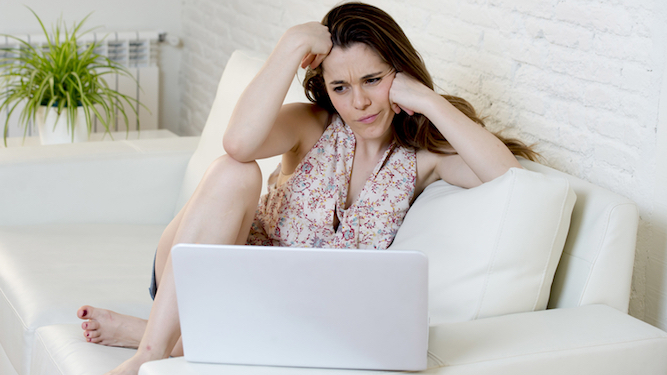 THE entire British population has experienced a rare moment of unity to tell ‘review of the decade’ lists to f**k right off.

With months still to go until 2020, the public has said it is just not ready to accept the passing of another 10 years, particularly given how sh*t most of them have been.

Office worker Donna Sheridan said: “I can’t take any more ‘Top 50’ lists reviewing the decade’s TV, films and memes. They’re just a reminder of how fast the handcart is speeding towards Hell.

“This is the decade when Love Island exploded, Star Wars went weird, and Brexit meant 2020 will be total rubbish. In that context I don’t need some smug broadsheet journalist to tell me how good Maroon 5 were in 2014.”

Professor Henry Brubaker of the Institute for Studies called for an immediate ban to prevent the proliferation of mindless polls.

He said: “As this wheezing decade breathes its last breath, I would beg anyone who is complicit in making these lists to stop inflicting cruelty on a nation that is already suffering so much.

“I especially implore them to stop mentioning the 2012 Olympics. To remind people of such optimism is simply barbaric.”