Can anything stop Boris Johnson? Yes

IS Boris Johnson, armed with a fresh Brexit deal the sceptics said he could never get, now unstoppable? Nah. Here’s why.

It requires the support of people who hate him

It’s not easy to get people who’ve despised you for years to help you, particularly if you’ve ruthlessly sacked them. Boris expects this help, but only because he is Britain’s most entitled man.

Everything he’s tried so far has failed

Returning from Europe with a bold new deal, giving nobody time to check the details and passing it on a Saturday is pure Boris theatre. Just like prorogation and all the other stuff that failed. Politics isn’t a Netflix show about politics where that crazy idea might just work.

In a classic reverse ferret, Boris has moved from resigning over Northern Ireland to completely screwing Northern Ireland over within 15 months. The ERG may also be a problem here, although it’s hard to tell because they are hardcore nutters who call themselves ‘Spartans’ when they are in fact tubbies like Mark Francois.

He does rather mess things up

The prime minister does have a habit of unforced errors. The right-wing press has decided this doesn’t matter because he’s the new Trump, but that’s not working out for Trump right now. Giving a fruity American bird free taxpayer cash may backfire too. 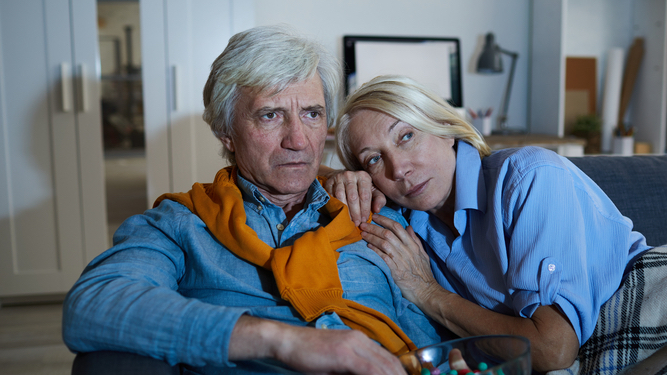 A NEW and typically upbeat Sarah Lancashire drama, The Accident, will put a smile back on the face of angst-ridden Britain, TV bosses have promised.

The show is in the Sarah Lancashire tradition of jolly, escapist capers such as Happy Valley, a light-hearted romp about suicide, heroin addiction and abduction, and Kiri, involving broken relationships, violent ex-convicts and strangulation.

As a fatal explosion in a neglected Welsh community leads to grim repercussions, Channel 4 hopes The Accident will be just the cheery respite Britons need with Brexit hanging over them.

TV executive Martin Bishop said: “During World War 2, Arthur Askey lifted the nation’s morale with his catchphrases. During the miners’ strikes of the 70s, Mike Yarwood consoled us with his impersonations of Frank Spencer.

“Today we look to Sarah Lancashire and her wacky, madcap dramas involving bereavement, trauma and unremitting misery in the regions to give us the feel-good boost we could all do with.”