'Character-building' and other euphemisms for stuff that's shit

BEEN through an experience that was abjectly shit, but you’re trying to spin it? Here are five useful euphemisms for when you’ve been through the wringer:

Everyone needs a bit more character, don’t they? Formed in response to traumatic events that mean you will never, ever be the same again? Sure, you might have come away scarred for life mentally and physically, but think of the character you’ve gained.

Only losers and cowards turn down challenges. Admittedly, challenges range from ‘slightly more emails’ to ‘build Rome in a day for a manager who will always be angry you’re not doing it fast enough’, but who are you to turn down this opportunity to be taken to the end of your f**king tether?

A rigorous course of antibiotics sounds like exactly what you need to finally shake that wisdom tooth infection. You’ll feel like you’ve gone ten rounds with Oleksandr Usyk but rigor’s better than casual, isn’t it? Except in the phrase ‘rigor mortis’.

No-one goes to a 6am workout in the park for soft graft. No, the gruelling of being screamed at by a wanker in sweatbands who refers to both you and himself as ‘warriors’ means giving your all, and then sleepwalking exhausted through a full day. That’ll be £45, by the way.

If you’ve just been mugged, had a pet put down, lost a receipt for a shirt you hate and changed the sheets when your toddler pissed the bed, you have triumphed over adversity my friend. It’s a hollow victory because you’ll have to do it all again tomorrow, but aren’t you a better person for it?

Government outlines plans for army to take over entirely 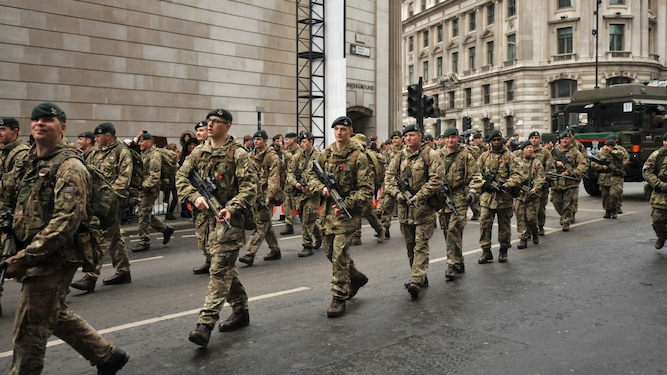 THE government is to bring in the Army to deliver petrol, fix supply chains and take over all functions of government permanently.

The prime minister has decided that since this job is hard his servants can do it, and called for the armed forces to take command of everything his government is manifestly incapable of doing effective immediately.

Johnson said: “They’re out of Afghanistan, they’re at a loose end, and this country’s a big failing mess. Let them do what they’re trained for.

“From now on they’re in charge of fuel, supplying food to shops, keeping kids in school, all Covid-related measures, the upcoming COP26 climate change summit, Ofcom and trade deals. It’s not a military coup if it’s by invitation.

“It’s brilliant because all my voters, which is to say a f**ked-up coalition of working-class Northerners and the posh rich South, love the Army so it’ll be hugely popular at the next election. Should we be allowed to hold one.”

Private Josh Hudson, aged 19, said: “They told me I’d be travelling to war-torn countries to help their citizens eke out their squalid lives, but I never imagined I’d see somewhere as deprived as Merthyr Tydfil with my own eyes.

“We have a moral duty to start shooting insurgents immediately. Starting at the top.”