TESLA drivers are considered to be wankers even by BMW drivers, they have confirmed.

Record Tesla sales mean motorists in luxury vehicles across the country are discovering that Tesla owners are by far the biggest knobs on the road.

Ryan Whittaker, who drives a BMW Z4, said: “Apparently their cars are so technologically advanced they don’t need to indicate. Presumably other drivers get an automated email when they change lane.

“Selfish arseholes act like they own the f**king road just because they overpaid 20 grand for the marque of their twatmobiles.”

Audi driver Tom Booker agreed: “At least half the cars that cut me up are Teslas. All that self-driving bollocks mean they’ve no idea how to drive. They’re always bursting into flames. Serve them right for not buying German.”

Cryptocurrency trader Martin Bishop, owner of a Tesla Model S, said: “I should have exclusive use of the outside lane on motorways. I’m too busy to be flashing lights behind old-fashioned polluting cars.

“Indicators? I think the car can handle that by itself, don’t you? For £115k I bloody hope so.” 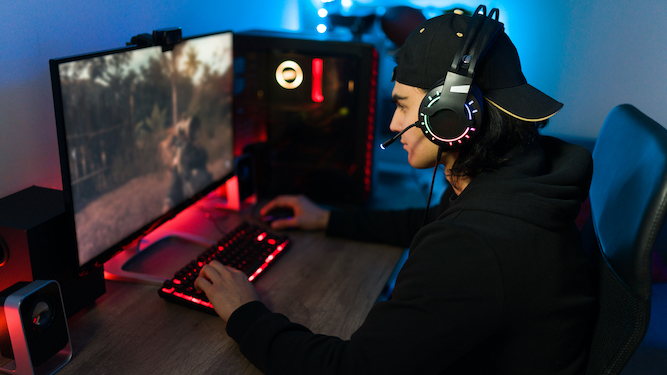 WOMEN can’t get enough of guys that sit on videogames all day ignoring them. They get especially hot when they see an alpha male doing this stuff:

Intently muttering ‘Rush B’ and ‘flank the warthog’ into a headset like you’re commanding a pathetic pretend military operation really demonstrates to potential partners that you’re a charismatic leader. Why bother with French when barked jargon is the true language of love?

Bathing in the light of a monitor

Nothing says cool, calm, and confident like hours spent illuminated by nothing but a screen. With multicoloured lights and the glare of at least one monitor – real men have three – you might as well be on the cover of Men’s Fitness. Add in the glazed eyes that say ‘League of Legends losing streak’ and you’re irresistible.

Your girlfriend will watch in wonder as you direct delicacy and tenderness towards the Nvidia GeForce RTX 3090 that you’ve never displayed towards her. As you wax lyrical about the power of your graphics card, she’ll be awed at finding a man who knows what is really important in life.

Cursing out other players showcases your raw masculine energy and irresistible competitive spirit. Calling a 12-year-old from Ohio a ‘f**king useless clown’ for not hitting the right button at the right time makes you exactly the kind of outspoken, unapologetic man women love.

Move over Barry White. Nothing says romance like the clack-clack-clack of a man on a frenzied mission to explain to everyone else in the game exactly why it was their fault that raid was such a disaster. This self-righteous mechanical-keyboard music will leave ladies weak at the knees, swooning at just how correct you are.