Everyone in yoga class pretending to ignore all the flatulence

ALL the participants in a yoga class are casually pretending that everyone is not constantly breaking wind, it has emerged.

Everyone at Hot Funk Yoga in Stevenage confirmed the class had been ‘useful’ and ‘fun’ but admitted the stream of audible flatulence was becoming increasingly difficult to ignore.

Newcomer, Wayne Hayes said: “If this was the pub and everyone was farting this much it would be grotesque but amusing.

“But it’s a yoga studio so we’ve all got to pretend it’s just a natural, beautiful thing that happens to the body when you bend it.”

“Meanwhile, the Downward Dog produces the sort of wind that could power 20-30 homes for a week. 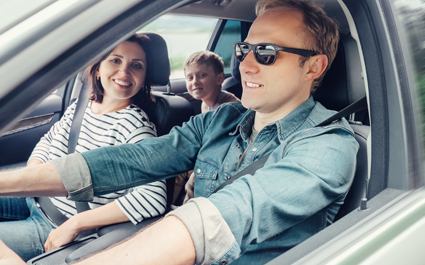 A MAN’S plan for a ‘Bank Holiday getaway’ has been ruined after his wife and children decided to tag along.

Salesman Tom Booker was excited by the idea of hitting the coast this weekend, only to realise that he would be accompanied by his wife and children.

Booker said: “When I said I was going, they just got in the car with me, as if they expected to be invited by default.

“Now I’m stuck in the car with them. They keep saying things to me. It’s hell.”

Booker’s wife Susan said: “This is going to be the perfect Bank Holiday weekend, if only I can ditch my loser husband and go off with a hot lifeguard.”

The Booker children confirmed that they will hate this trip even more than their parents, and that they plan to run off and join a cult.