A MILLENNIAL has been reduced to a state of panic after discovering he had a voicemail.

22-year-old Wayne Hayes said: “I got a phone call from a weird number. I googled it, and apparently it was a landline, whatever that might be.

“So I let it ring out, but then I got a text saying I had a voicemail.I had to read it three times to make sure. Surely nobody is that unhinged?

“My first instinct was to delete the text and pretend it never happened, but then I couldn’t get rid of the little red dot sitting over my phone icon. It started to haunt me.

“I vaguely remember someone old once saying ‘if it’s urgent, they’ll leave a voicemail’, and so I gathered all my strength and called to hear it. I’ve never been so freaked out in my whole life.

“It was just the sound of someone hanging up. What kind of monster does that?”

Hayes had been considering taking legal action but lawyers informed him that this ‘isn’t America’ and to ‘get a fucking grip’.

Nation fully aware that exercise is good for you 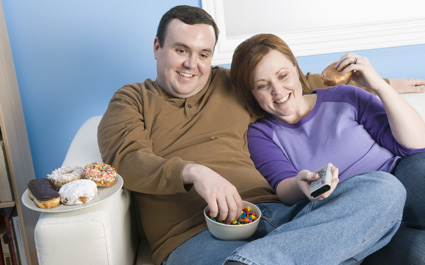 BRITONS know that physical activity is good for them but they absolutely cannot be arsed, they have confirmed.

After middle-aged people were urged to walk faster, the general public has firmly declined the offer of an extended life.

Norwich-based Wayne Hayes said: “If it’s between an early death or 10 minutes of brisk walking every day, I’d opt for the early death.

“It’s nice of scientists to warn us, but to be honest I never really thought that drinking loads, eating chicken out of cardboard buckets and sitting on my arse for 12 hours a day was going to help me live past 100.”

However Susan Traherne said: “I eat predominantly forms of kale and I run at least 30 miles every week.

“The doctors have told me I’m extending my life by years. God I hope I’m not.”