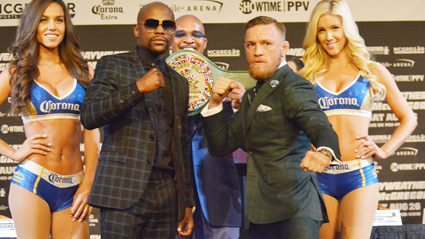 A MAN who reads book is currently thinking about almost nothing but tomorrow’s ludicrous boxing mismatch.

Reasonably intelligent Nathan Muir, 37, recognises that the fight between Mayweather and McGregor is a means of separating fools from their pay-per-view money but is desperate to watch it.

Muir said, “The last thing I would do is spend £20 to watch a foregone conclusion. I’ll probably watch an Iranian movie instead. Or catch up on anti-Trump podcasts.

“At least, that’s what I’d like to think. The truth is, I’m sucked in by the hype like a spider down a plughole.

“Maybe the apparently useless boxer McGregor might fell Mayweather, the wiliest pugilist of all time with a lucky haymaker. Maybe pigs might fly. Maybe I really ought to watch to find out.

“I’ll tell you what I’ll do. I’ll sign up for the pay-per-view so that I can see things from the perspective of the gullible idiot whose head is so sad and empty that they would actually pay to be duped like this.

“Actually, that’ll be pretty easy because I am that gullible idiot.”

I am never going to shag you, Queen tells Titchmarsh 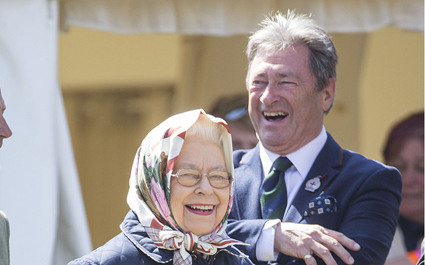 THE Queen has told Alan Titchmarsh she will never, ever shag him.

The monarch-obsessed gardener is currently trying to save some of her trees from road builders, in his latest desperate attempt to get her to fancy him.

However the Queen said: “Alan clearly wants some Lady Chatterley type situation between us, but the gamekeeper in that is a super hot man’s man rather than a chirpy little sod.

“He needs to just cool it and stop making documentaries about me. It’s a bit weird, frankly.”

She added: “If he shows up at 3am again asking to ‘water your chrysanthemums, ma’am’ then he’s going to prison forever.”

However Alan Titchmarsh said: “I have utmost admiration for the Queen and her enduring, selfless commitment to the nation. Also women in crowns get me really fired up.”