Five ways to get a teenager out of bed before noon

EASTER holidays making mornings a distant memory for your torpid teenager? Try these ways of raising them from their pit:

Teenagers can’t hear a word you say but can sense you answering the door in Crocs to their mate from 3.4 miles away. Even unconscious, so go crazy. Start doing all the stuff they found hilarious when they were five: silly voices, funny faces, songs about Billy the Funtime Frog. They’ll be out of bed suffering an all-body vertical cringe in seconds.

Go in close for footage of their sweaty morning face pressed up against their beloved childhood teddy bear which can be uploaded to TikTok. An adolescent’s psychological state is notoriously delicate, but what’s the threat of a little online humiliation between family members who are about to be late for brunch?

You’ve taught them the importance of honesty so it’s past time to show you were lying. Eject them from bed before sundown by claiming the hottest YouTuber, or Twitch streamer or whatever bullshit, is in the kitchen naked. Their rampant hormones should get them moving before their head butts in and starts asking questions.

Get in with them

Words from parents are as ineffective against teenagers as acne medication. You need to act. Can’t physically lift the massive bastard? Simply slip into the bed alongside them and watch them leap out quicker than a cat from a garden pond. Or flinging a younger sibling under the covers is a great way of sidestepping blame/injury yourself.

Do you really need to face seeing your teenager awake today? Are you short of withering looks, disparaging remarks, volatile mood swings and requests for money? Let them rot. It’s nature’s way of making up for all those sleepless nights when they were babies. Put off dealing with them until mid-afternoon and eat all their Easter eggs.

Britain can only remember seven Tory scandals at any one time 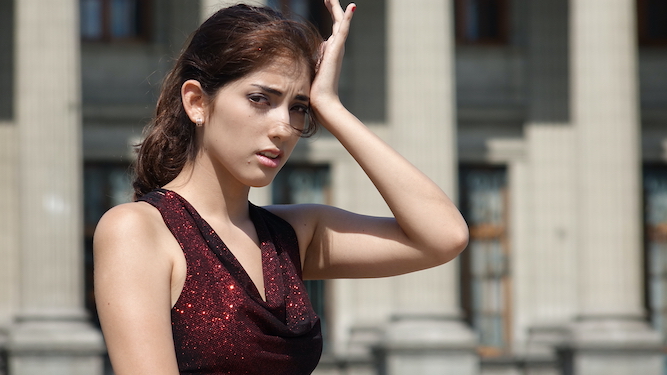 THE UK has realised that it can only hold seven ongoing Tory scandals in its mind at once, so is forgetting at least another seven.

Voters who can remember Partygate have forgotten about PPE fraud, or those who recall Rishi Sunak’s green card can no longer sum up what this Rwanda thing is.

A Downing Street spokesman said: “Your short-term memory is limited. Our capacity for scandal is infinite.

“Just this weekend, when a Tory defended another Tory who’s been convicted of child abuse, you completely forgot about a KGB agent’s son joining the House of Lords.

“That despicable prick Andrew Bridgen lied under oath? Whoops, you’ve got no recollection of why fuel prices are so high. It just seems normal to you. You’re still too f**ked off about Sir Gavin f**king Williamson. See?

“Next week Priti Patel runs over a swan, Jacob Rees-Mogg claims to be the risen Christ, and Russia releases footage of Boris chopping lines with Rishi in Putin’s Swiss dacha. You’ll be like ‘inflation? Whassat?’”

Red Wall voter Ryan Whittaker said: “It is true that I’ve forgotten more Tory scandals than I remember. But it is fixed in my mind that I hate the twats.”