Having a one-night stand to save the cab fare, and other awful ways to end a night out

GETTING pissed and vomiting in the gutter not a bad enough way to end a night out? Try these grim situations instead.

Having a one-night stand to save the cab fare

You’ve been out all evening, you’ve spent loads of money and you don’t want to blow another £40 on the taxi fare home. The solution? Pull someone, regardless of whether you like them or not, so you can spend the night at their house. You’ll either feel like a slut or a total bastard if they really like you, but one-night stands are always horrific so that’s a pretty good outcome.

Missed the last train and don’t fancy either walking 20 miles home or sleeping in a bush? Commit a minor crime. It doesn’t have to be armed robbery, just insulting a police officer should be enough to get you a free, if terrifying, night in the cells. Obviously there’s also the involuntary version. See if you can dimly remember weeing in middle of a busy street and a load of flashing lights.

A trip to A&E for a sit down

Feeling a bit peaky after nine pints and three rounds of shots? Go to A&E and insist you’ve got alcohol poisoning. Nothing will happen because it takes six hours to be seen on a Friday night, but by the morning you’ll be sober and ready to go home. Sure, the nurses will give you dirty looks, but timewasters like you make sure there’s plenty of work for them.

Having to call your parents to pick you up

You’re a grown adult, old enough to drink and live in your own flat unsupervised, so you’re presumed sensible enough to be able to get home of an evening. Wrong. After losing your friends, your keys and your bank card on the dance floor of a sticky club your only option is to ring your dad and ask him to pick you up, then cringe at his disappointed silence all the way home.

The miserable end to an evening par excellence. You buy a kebab, eat half of it before dropping the rest down your front, and stumble for miles weeping because you’ve got no one to go home with. There’s only one solution to this terrible loneliness – lots more boozy night outs!

Happy Days, and other TV shows that baffled your childhood mind 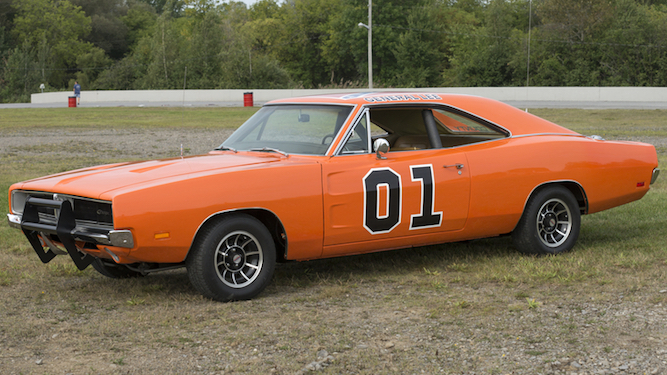 DID certain TV shows leave you confused and even quite anxious as a child? Here are some you lacked the life experience to realise were bollocks.

What decade was it meant to be? The 1950s apparently, but it was suspiciously like the 1970s. Suzi Quatro’s glam rock look in particular was clearly not from the era of President Eisenhower. The confusion was so distracting you could never get into the show itself, which was just as well because it was shit.

Much-loved by TV nostalgia buffs, but you couldn’t work out why Johnny Morris made up tedious, rambling conversations with parakeets. His partner in crime, Terry Nutkins, was always on hand with an interminable description of penguins’ eating habits. Possibly the only animal programme in history that made children less excited about going to the zoo.

The Dukes of Hazzard

So many questions. Why did absolutely everything that Bo and Luke did involve their car? Your dad didn’t spend all day in his Mini Clubman. Why were the police the bad guys? Why did the Dukes all live together? What were General Lee and Dixie? Do Americans from rural areas normally shoot sticks of dynamite from bows? What was that strange feeling in your corduroy trousers when Daisy Duke was on?

Looked like it was for kids, due to guests like Derek Griffiths, but you needed a degree in physics to solve the first f**king puzzle. The value of a drogna is its position in the visible spectrum times the number of sides, so now you finally know. It’s just a shame the series finished 36 years ago.

This posed the question: HOW DID THEY MAKE THE MONSTERS SO TERRIFYINGLY REALISTIC? Answer: a small child’s brain can’t fully distinguish between reality and fantasy, which is why you shat yourself at the Autons etc. Now, of course, it’s obvious it was just bored, sweat-drenched extras in cheap costumes. The early Cybermen had lace-up shoes, for f**k’s sake.

After the structured, well-supervised, BBC-approved fun of Multi-Coloured Swap Shop, Tiswas was worryingly random. Even aged six the Phantom Flan Flinger was pretty tiresome. Who gave a shit if Annie Lennox got a bit of foam on her? It’s actually testament to your maturity and good taste that you weren’t interested in seeing Benny from Crossroads dicking around in an unfunny way.