A BARBER has photos of outdated fades and awful styles in its window to attract customers.

Hair Apparent in Southampton has blown all of its marketing budget on photographs of abysmal haircuts displayed in an appealingly sun-faded window.

Owner Roy Hobbs said: “If you want to grab people’s attention you’ve got to shock them. Nobody’s going to stop and look at a picture of a sensible side parting, but a buzz cut with an intricate pattern etched into it turns heads.

“After hitting punters with big, yellowing images of a botched attempt at a Peaky Blinders, they’ll notice smaller shots of children getting a clipper run right through the middle of their head. Their morbid fascination will get them through the doors.

“Are they stock images from a Google search of ‘haircut fail’? Or evidence of actual haircuts we’ve given to clients only looking for ‘a bit off the top’? Find out by coming in for yourself.”

Tom Booker said: “All of these haircuts look shocking, where they can be made out, but this place has been open for decades so it must be good. I’m popping in tomorrow lunchtime.”

'He never molested me,' says Johnson 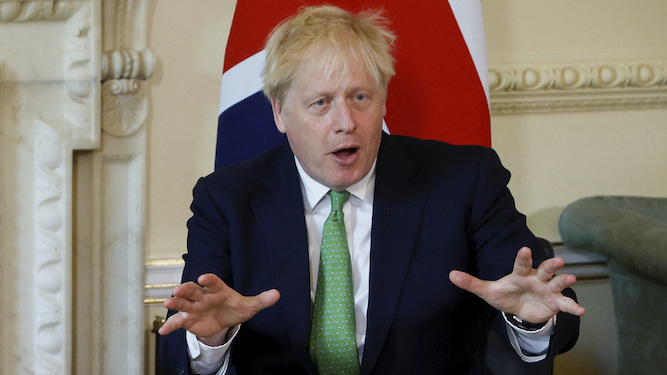 THE prime minister has confirmed that he disregarded reports that Chris Pincher was a sex molester because he was at no point a victim himself.

Boris Johnson told colleagues that there could not be any substance to the allegations as he had not personally had his balls cupped by the deputy chief whip, let alone a buttock squeezed.

He continued: “I thought I knew all the gropers. Indeed, I considered myself their king.

“But Pincher wasn’t on the Copper Feel WhatsApp group. He never joined in discussions about which spad had the most slappable arse. And at no point did he run his hand up my thigh while saying ‘let’s wake the snake, shall we?’

“Consequently, when people called him a sex molester with a long track record of inappropriate behaviour who had to have a minder when drunk, I simply thought ‘Well he’s never come up behind me and begun grinding against my arse so it can’t be true’.

“To be frank even now I’m sceptical. All these people could simply be lying. That happens a lot with MPs who have a high sex drive whose jokes are misunderstood.

“I’ll have a meeting with him, and if he lunges at me shouting ‘go on, get your dick out’ then case proven. If not then I think these allegations can safely be dismissed as rumour.”