How to imagine you had an amazing social life before lockdown

LOCKDOWN has left millions of Britons imagining they previously had busy, thrilling social lives, instead of dicking about on their phones. Here’s how to keep up the pretence:

While other 18-year-olds f**ked at parties, you held eight-hour Risk marathons with an Escape From Colditz chaser. Forget this, and pretend you only got into board games this year in an ironic, patronising way. Never mention Warhammer 40,000.

Bemoan the lack of sex

Be puzzled by the concept of boredom

In the ‘before times’ your days and nights were so packed with attractive friends, exclusive parties and art gallery launches with free cheese, that this pandemic’s actually been a bit of a detox for you. Boredom is so unfamiliar to you that it’s like, almost exciting.

Bang on about ‘the simple life’

‘It’s actually quite nice not just being really busy all the time. Just going to yacht full of models gets really samey. Now I’m reconnecting with nature and going for long walks where I collect interesting specimens of bark and moss, which is totally something I never would have done before.’

Spend hours poring over maps and guidebooks, sketching out a round-the-world trip reintroducing you to all the exotic locations you know so intimately: the Philipines, the Aluetian Islands, Tierra del Fuego. Then wonder why, according to your passport, your last trip abroad was Ayia Napa, 2013. 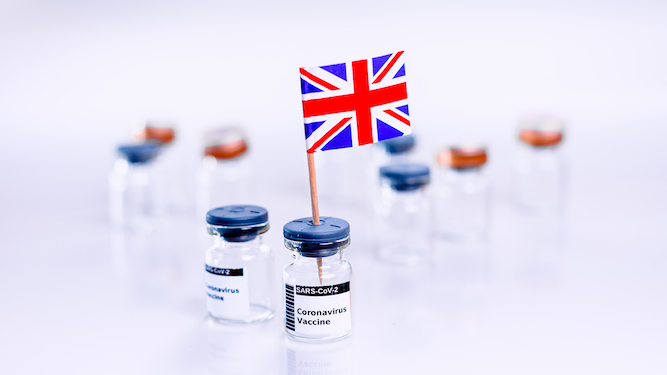 A PUBLIC health warning has been issued after Covid vaccines were linked to fast-spreading outbreaks of Brexiter schadenfreude.

Following the emergence of evidence that Britain has actually done something better than the EU, a virulent new strain of self-righteousness is running rampant through pro-Leave areas.

Dr Helen Archer said: “There is a definite corrolation between injection of the vaccine, the fact that the UK has secured more vaccine stocks than Europe, being a gammon and gloating uncontrollably.

“Sustained exposure to headlines like ‘EU wait your turn,’ ‘Bet EU wish you were British now’ and No, EU can’t have our jabs!’ are potentially lethal. Middle-aged men are literally sniggering to death in their armchairs.”

Public health officials are considering exporting a limited number of British vaccines across the Channel to inoculate gammons against rising nationalism, but fear a deadly surge in rage-induced strokes and peptic ulcers.

Leave voter and intensive care patient Wayne Hayes, said: “Have you seen those twats in Brussels? Fighting over vaccines like tramps over a bag of chips.

“This entirely proves that Brexit was right. Hundred per cent, forever.”