How to waste your life browsing crap in charity shops

WANT to squander your one and only life while browsing other people’s unwanted tat? Here’s how to go about it in a charity shop:

Instead of buying new clothes that actually fit you and look good, pop into the changing rooms with a pile of ratty old togs that somebody probably died in. They’ll smell worryingly musty and be grossly unstylish, but hey, they’re only slightly more expensive than the ethically suspect fast fashion you usually wear.

Look through the books

Translation: sift through the dozens of books by Dan Brown and Ian Rankin in the desperate hope that you stumble across something interesting or valuable. Unfortunately, you’re not going to find a first edition of Harry Potter and the Philosopher’s Stone worth £11,000 in Huddersfield British Heart Foundation, so it’s really not worth the tedious waste of time.

Is there a format that’s more dead than CDs? Vinyl’s come back with a vengeance and even tapes are undergoing a retro revival, but CDs are just cluttering up the nation’s charity shops because they’re obsolete. The volunteer on the till would give away the shop’s nine copies of David Gray’s White Ladder for free if they could.

There’s always a shelf cluttered with tacky porcelain egg cups or commemorative plates and looking at them should kill five minutes while whoever dragged you in here busies themselves in the shoe section. Make a game of it by trying to imagine what sort of weird bastard owned shit like this, before realising your house has cupboards full of similar stuff.

Spending a never-ending hour in a charity shop isn’t a complete waste of time if you have something to show for it, like a mug that came free with an Easter egg in 1996. But to truly piss away your life make sure you emerge with nothing. Then hit the six other charity shops on the street and rinse and repeat. 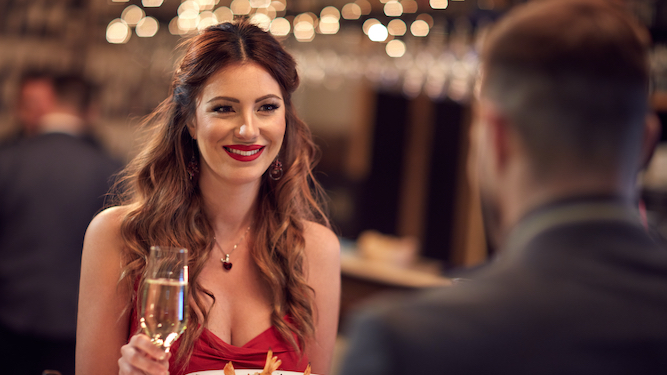 DINNER, drinks and too much information about your date’s ex is the worst way to start a new relationship. Here’s what you’ll learn before you’ve finished your calamari:

They met in the sweetest way

Before the waiter has even taken the drinks order you’ll be neck deep in an in-depth analysis of your prospective partner’s last relationship, starting with how they met their ex. Forget When Harry Met Sally, this pair had a beginning so serendipitous that even a Hollywood film producer would think it too schmaltzy. But sure, dating apps like the one you met on are alright too.

They had a spectacular first date in Paris

Their connection was so intense that your date’s ex invited them on a whim to jump on the Eurostar to Paris, where they drank fine wine under the stars and kissed at the top of the Eiffel Tower. For reference, you are in a Pizza Express in Guildford.

They were fitter than you

They tell you you’re much more conventionally good-looking than their ex. You take this as a nice compliment until they show you a picture of the pair of them together and you learn they had a completely symmetrical face that made them unconventionally attractive in the manner of a supermodel.

They were amazing in bed

It’s not considered proper to have any bedroom talk on a first date and you definitely did not need a full description of their electric, tantric lovemaking recounted in a blow-by-blow account. At this stage they will let slip that they fought a lot, but it was just because their ex is such a passionate person, and also the make up sex was incredible.

They’re definitely not over

As if the 25 minutes they’ve been talking about their ex didn’t make it obvious enough, your date has now explicitly said that they’ll ‘never find a connection like that again’ and ‘people have a way of working their way back to you’. Now is the time to cut your losses and ask for the bill.