A 32-YEAR-OLD man has spent the last three hours trapped inside a pair of super-skinny jeans in a changing room.

Tom Booker tried the jeans on in an attempt to look cool for a date with a younger woman but has now lost all feeling in his left leg and fears his buttocks have become welded together.

He said: “I’ve tried everything. Wiggling, rolling, lying on the floor and inching them down, but nothing works. They won’t budge.

“How do the young get out of them? With a couple of fish slices and assistance from friends? My legs look great but it turns out I’ve got a rather larger arse than I ever realised.

“I tried banging on the cubicle walls to get help from other customers but they told me to p*ss off, and obviously the assistant out front of the changing rooms is uninterested and ignoring me completely. This is Top Shop, after all.

“I can’t walk out without amputating a knacker and I’m not calling a fire crew to cut me out. These jeans cost £35.99.

“I can’t feel anything below the nipples now. I should never have strayed from my Burton’s bootcuts. I love you, bootcuts. It shouldn’t have ended like this. I’m sorry.”

Which twats are coming to your school reunion? 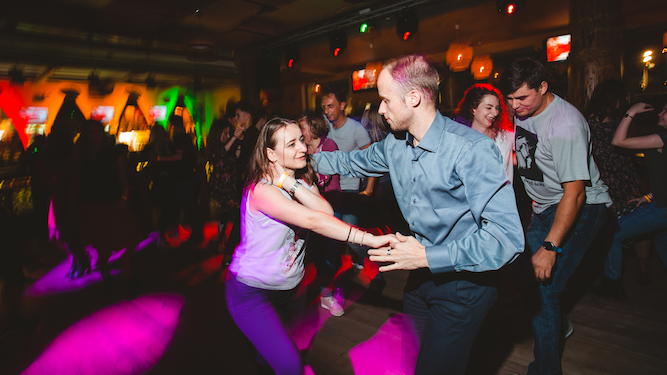 IT’S traditional for school reunions to only be attended by people you didn’t like. So which tossers from the past can you expect to see?

When you were nine, Steve inspired the same fear as Ralph Fiennes’s Nazi sadist in Schindler’s List. Can it really be the same person as this middle-aged loser whose idea of sparkling conversation is telling you about his work van?

Try as you might you don’t remember Iain or June. Were they in a different year? No. Were they off school a lot with some illness? No. Which trying to place them you will realise your memory lapse is due to them being as dull as a cardboard f**king box. They work in IT now.

Annoying girl who was quite good at drama and wanted to be an actress. That clearly didn’t pan out because she’s working in HR at Vodafone. Avoid her at all costs before faux-cheerful comments like ‘I sell knitted gonks from my Etsy shop’ depress you.

Frequently called ‘Rob’, he was fantastically cool aged 15 due to being fairly good at football, having the latest trainers and a rumour that he fingered Lisa Kelly at a party. He is not cool any more. He is fat and so is his wife, he does not earn much and his children sound thick. This is excellent.

When you tell him what you do, this twat will immediately say “Bet you’re coining it in!”, even if it’s not an obviously high-income career like Colombian coke baron. Leave before he starts telling you about his ISAs.

Person with an obvious void in their life

Possibly the one who organised the reunion. As they reel off a list of classmates, you remember they weren’t really friends with any of them. When they desperately say ‘We should make this a regular thing!’ give them a fake phone number.