PEOPLE who spend hours making a fire have been reminded they could just put the bloody heating on.

Owners of open fires have been urged to give up battling with kindling, coal and logs while insisting ‘It’ll be worth it!’ as everyone freezes their tits off.

Donna Sheridan, who has been waiting for her husband to light a fire for three hours, said: “I wanted a gas fire but apparently sitting in my coat all night watching someone dick about with a lighter is much better.

“He’s piling up bits of wood and coal like he’s Bear Grylls or something. Then when he finally gets it going he’ll make us all go and look at it.”

Psychologist Norman Steele said: “Man’s fascination with fire dates back to caveman times when it was a matter of survival, not just having a trendy little wood-burning stove so you can feel middle class.

“So when someone builds a fire today, it’s a lot like hunting a woolly mammoth. That’s what dads think, anyway.”

Sheridan’s husband Gary said: “There’s no substitute for a real fire for the ambience and creating a focal point in the room. Oh sod it. I just like burning stuff.”

How to deal with arsehole relatives this Christmas 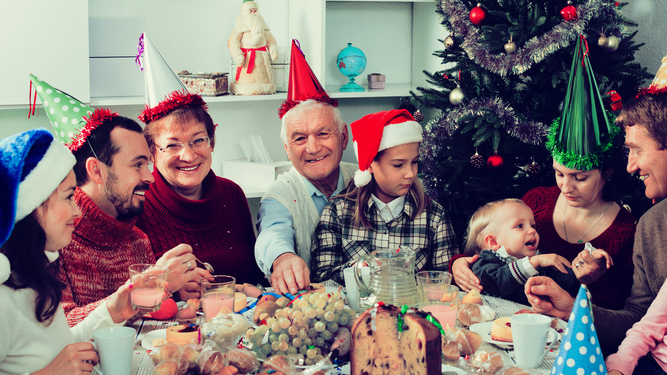 IF you’re cursed with visiting relatives this Christmas it will inevitably harm your festive fun. Here’s how to minimise the grief at this most joyous time of year.

Board games are not only tedious but relatives always have their own bizarre version of the rules, eg. in Monopoly, every time you go to jail you get $500 for wrongful arrest.

Solution: Trivial Pursuit et al have been destroyed in a mysterious ‘board game fire’. Doddery 85-year-old Auntie Lynne will just have to go on a steep learning curve with Call of Duty.

Sure as night follows day some relative will want to go for a very long walk in the countryside, which won’t be a delightful winter wonderland but instead more like a muddy yomp in the Falklands.

Solution: It was just on the radio that there’s been an outbreak of anthrax. Looks like we’d better open more wine and watch Toy Story 3.

Teenagers who don’t want to be there

This is actually fair enough, but standing in a corner texting and moodily sighing really isn’t getting into the festive spirit.

Solution: Express grave concerns about your stocks of mince pies/bread sauce/milk and take the teens for a nostalgic evening of drinking cider and smoking crap weed in the park of their choice.

Every family has some miserable sod or soddette who just wants to whine about other people’s child rearing or the central heating not coming on at 4am.

Solution: Lock them in a bedroom for the duration with a black-and-white TV, a bucket of water, some Jacob’s Cream Crackers and a small piece of mild Cheddar. The misery will make it their best Christmas ever!

A family Christmas inevitably brings together people with opposing political views. Unfortunately after too many glasses of wine Uncle Steve and Uncle Pete will be going at it like Enoch Powell arguing with Trotsky.

Solution: Have a pre-prepared list of utterly insane political arguments that will disarm the combatants with their mentalness, eg. “Why aren’t trees allowed to vote? Tell me that, Steve!”