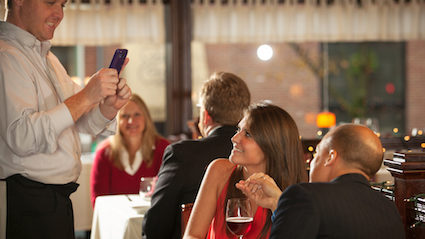 A COUPLE in a restaurant were betrayed by a waiter who was just as warm and friendly to some other people, it has emerged.

Tom Logan and Nikki Hollis went to a steak house in Peterborough where they enjoyed what they assumed was an incredibly special moment with their waiter, Nathan.

Logan said: “I asked for a table for two and Nathan turned around and looked at all the empty seats and said ‘We’re just too full tonight’, which I knew was a joke. I joined in with the gag by turning around to leave. We just clicked.

“He took us to our table and then guessed correctly that I would love a gin and tonic and Nikki was gagging for a pint of Stella. It was as if we were Meg Ryan and he was Tom Hanks.”

Hollis added: “Then another couple came in and he did the same joke about being full and the husband turned to leave and they all laughed together – as if they had done it before.

“Then he offered to take a photo of them, which he didn’t do with us.

“We pretended we were fine when he took our order but we were trying desperately not to burst into floods of angry tears.”

Everyone in yoga class pretending to ignore all the flatulence 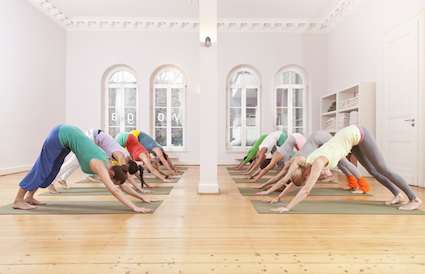 ALL the participants in a yoga class are casually pretending that everyone is not constantly breaking wind, it has emerged.

Everyone at Hot Funk Yoga in Stevenage confirmed the class had been ‘useful’ and ‘fun’ but admitted the stream of audible flatulence was becoming increasingly difficult to ignore.

Newcomer, Wayne Hayes said: “If this was the pub and everyone was farting this much it would be grotesque but amusing.

“But it’s a yoga studio so we’ve all got to pretend it’s just a natural, beautiful thing that happens to the body when you bend it.”

“Meanwhile, the Downward Dog produces the sort of wind that could power 20-30 homes for a week.