A MAN has still not achieved his life’s goal of owning a ride-on lawnmower and a garden big enough to use it, he has confessed.

He said: “If I’m honest I thought I’d be there by now. I’ve spent years visualising myself proudly astride that John Deere ride-on. But goals aren’t goals if they’re easy.

“I could buy the mower now, cash, but the problem is it’s impossible to justify when my garden’s only 25 square metres. So I need to work harder, get promoted, move to the M4 corridor and spend three hours a day commuting so I’ve got the acres it’d need.

“A ride-on is the ultimate pointless status symbol. It’s like a toy car for people who already own an actual car.

“Sure, I’m happy. But if I don’t achieve my dream of owning a ride-on mower then what’s it all been for?”

Woman refusing to concede that husband has cold 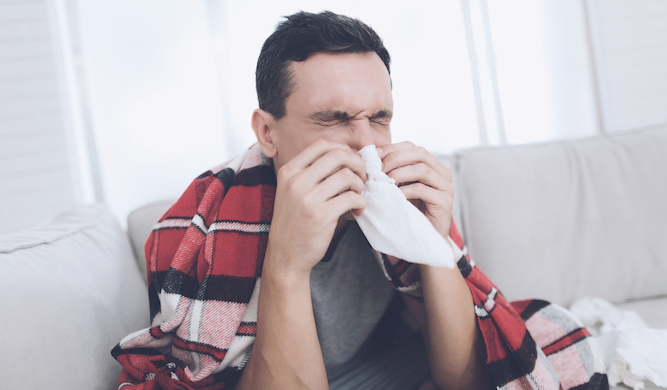 A WOMAN is refusing to accept that her husband has caught a cold in case he expects special treatment.

Carolyn Ryan has stoutly denied that husband Jeff is suffering a cold, offering reasons for his sniffles and sneezes ranging from hay fever to allergies to a delayed-onset hangover.

She said: “Yes his nose is streaming, but have you seen the pollen count? It’s through the roof.

“And of course he can’t taste anything after that jalfrezi he had last night. Last week. Whatever. Anyway, that’s that explained.

“The sneezing? He could sort that out himself by getting the duster out. It’s an inch thick in here. But he’d rather lie about with his tissues and his Lemsip he doesn’t need.

“Bugger off it’s a cold. I’m not running around after him while he lies in bed malingering. It’s a collection of disparate symptoms which coincidentally add up to look like a cold but each with their own individual explanation, that’s all.”

She added: “If he gives it to me I’ll fucking kill him.”