HALF a million Game of Thrones fans have signed a petition demanding a special cuddle and an assurance that mummy loves them.

While the vast majority of viewers have enjoyed watching the show’s final series, a significant minority are clamouring to be allowed to snuggle up with their favourite teddy.

Removing his thumb from his mouth and gesturing with his blankie, Stephen Malley said: “It’s not fair. I want a cuddle from mother and I want one now. And I must have my warm milk before bed. But not too soon before, or you know what happens.”

From behind her folded arms, Nikki Hollis said: “We demand that we all get our hair ruffled and a great big hug from mummy. And anyway, I’m not talking to you.”

The same 500,000 thousand people have also signed a letter stating that if Robert Pattinson is cast in the next Batman film they will hold their breath until they pass out. 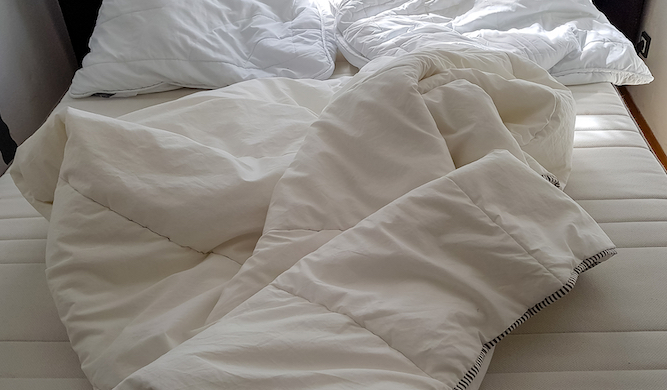 COLLEGES keen to equip students with key life skills are introducing a National Vocational Qualification in putting a cover on a duvet.

The two-year course will combine theory and practice, comparing the major schools of thought in duvet-changing, from British single to European super-king.

Modules include ‘turning it inside out’, ‘just shove the bastard in there’ and ‘plumping the fuck out of it’.

Lecturer Norman Steele said: “More than 80 percent of Britain’s 18 to 40 year-olds have become trapped in duvet covers and end up sobbing quietly like a sad, chunky ghost.

“One of our 19-year-old students lost his mum, when she got stuck inside a tricky corner and had a nervous breakdown.

“He never forgave himself, because it was his SpongeBob set.”