A MOTHER-of-two has spent every single penny she had in a single afternoon at the school’s summer fete.

“I began with just a cautious couple of dips in the bran tub, then a handful of raffle tickets, then I was obliged to shell out for a bunch of crap made with paper plates and pipe-cleaners and after that, well, I threw caution to the wind.

“The next few hours were a blizzard of bottle stalls, hot dogs, donkey rides and bouncy castles. I remember trying to catch myself with a £5 glass of warm prosecco, but then the PE teacher who was mean to our Julia went into the stocks and it was on.

“I woke up in the car with my face painted like Pikachu. Apparently I spent more than two grand on the Hook-A-Ducks alone, before I was banned for being abusive.

“Still, at least it’ll help the school. Oh. I’ve just found a letter saying my kids will be taught in a Portakabin next year.”

Women do walk of shame to hen night 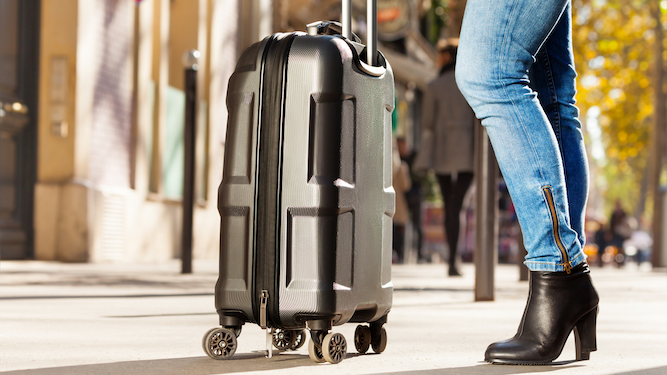 A GROUP of women have been spotted doing the 11am walk of shame to their city-centre hotel for a hen night.

The woman tried not to catch anyone’s eye as they dragged their wheeled cases along the streets while shuddering in horror at the things they will do later that evening.

“And grinding myself up against ugly men just to score points in some sexist game? That’s sexual assault, and unconscionable, and I am officially disgusted with my future self.

“Yes, I will be drunk – in fact I’m necking a pre-mixed G&T now, to numb myself – but that’s no excuse for splitting my trousers while attempting to do the ‘slut drop’ to Drake in a nightclub at 3am.

“And I won’t even go home afterwards. I’ll stay out with my crotch out. It’s no wonder I’ll end up shagging that bloke in full view of a taxi queue.”

Bride-to-be Francesca Johnson said: “If I could do it all again, I wouldn’t do any of the awful things I’m going to do tonight. Still, too late now.”