Six reasons why sharing a bed is totally mental 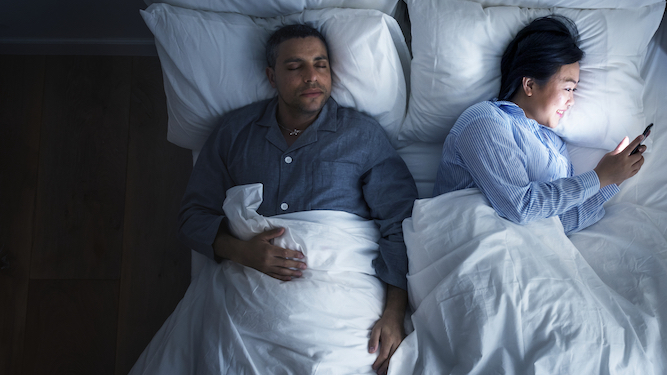 RESEARCH has shown that sleeping apart can improve relationships, but what’s baffling is why anyone thought it was a good idea in the first place. Here are the issues:

It ruins your sleep

Beds are for sleeping. Having a partner in there snoring, stealing the cover, babbling nonsense and getting up for a wee every three hours is such a guaranteed way to keep you awake, it’s like letting a wild tiger loose in your house to stop you worrying about burglars.

Flatulence is unavoidable and natural, but it does somewhat reduce your partner’s sexual mystique if they’re parping away like a tuba. And if they believe subjecting you to a ‘Dutch oven’ – farting under the duvet then forcing you under – is acceptable, you need to split up.

Your behaviour is policed

Suddenly basic human freedoms like staying up to see the last bit of Skyfall or eating a whole packet of Hob-Nobs in bed are verboten as your partner becomes a tyrant obsessed with ‘work in the morning’. And forget about your go-to-sleep wank.

Even if you’ve got a great sex life, does 15 minutes of intercourse really require you to spend another seven hours in the same place? You don’t eat your dinner then spend an evening at the table with the empty plate. Probably don’t share this analogy with your partner.

Even if your partner doesn’t kick you to death during a nightmare about sharks, they will tell you about their dreams when they wake. Which is fine if you enjoy tedious, logic-free tales about painting a bicycle with Bob Mortimer.

In the heatwave your own sweat is bad enough, without waking up next to a slimy humanoid creature with matted hair like something out of a Japanese horror movie. 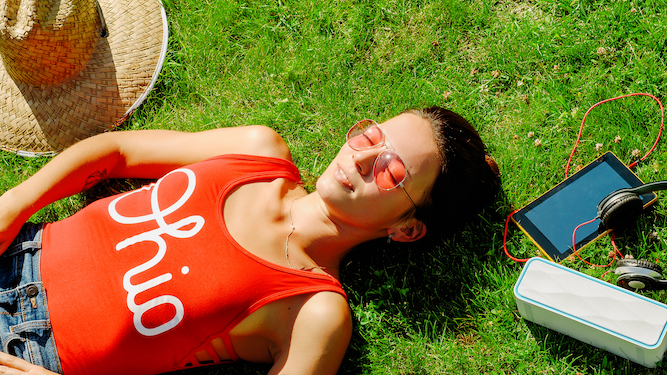 CHILLING in the park? Brought your Bluetooth speaker? Keen for everyone and their dog to hear your latest music mix? These six classics will get on everyone’s tits:

This funky island groove is sure to convince families having picnics that they’re on a Caribbean getaway, not a patch of grass near the duck pond. For added flare, get up and skank, gesturing to your crotch during the ‘Mr Lover Lover’ bit.

Such a happy, peppy summer staple everyone will have heard it a hundred sodding times already, so why not play it again, loudly with distorted bass? The earworm of a chorus will have everyone in the immediate vicinity rhythmically wincing for days to come.

In the Summertime by Mungo Jerry

Who Let The Dogs Out? by Baha Men

Because if you’re only playing music to irritate, why go for half-measures? This full-on f**k-off-everybody classic will have people wincing a mile away as they catch a strain of it on the wind.

Lethal is a lovely chap, personable and approachable, but this song is so aggressively in-your-face it remains banned in grime clubs for starting too many fights. And it’s very likely you can say the same about anyone playing it at top volume in the park.

There are so many fantastic options from the ginger troubadour’s back catalogue all carefully calculated to push that guy eating his lunch over the edge. Whether it’s the one from the M&S advert or the one from everyone’s weddings, you’ll collect stern looks and maybe even a ASBO.