YOUR greatest achievements occurred during childhood. But strangely none of them are highly valued in adult life. Weep as you remember the pointless effort you put into these…

Weeks spent diving for rubber bricks and towing a ‘drowning’ child to safety. Since then you’ve had no chance to use these skills. Really you should be allowed to push someone into a canal just to save them. Although there’s a danger you could only do it in a completely calm, heated swimming pool and it might turn into murder.

Basically more work after school studying the highway code and living in terror of not being in exactly the right position for a right turn as you made a hand signal like a wanker. Later you discovered anyone can cycle on the road without a test. Everything you believed was a lie, and you’ve – rightly – never trusted another human being ever since.

Being good at football

Football was the most prized skill among pupils and PE teachers. You were bloody ace at it – until puberty kicked in properly and other boys were suddenly much bigger than you. Your dreams of being Kevin Keegan were crushed, and for some reason people’s eyes glaze over when you tell them in extreme detail about scoring a hat-trick against another school in 1983.

The Action Man and Star Wars ranges had tokens for more toys. It was incredible when your ‘free’ thing arrived a mere six weeks later, after your mum paid a fortune in postage. So 35 years later, do you own priceless rare figures that would buy you a house? Nope. You’ve got the Rancor Keeper from Return of the Jedi, basically a fat, shirtless man in what appears to be a nappy.

You excelled at Spectrum or Commodore games, not from natural aptitude but spending a psychopathic amount of time hammering away repetitively at Manic Miner or Elite. Fat lot of good it did you. You’re not even a games tester, much less a real space pilot. It’s almost as if The Last Starfighter was deliberately designed to tap into young boys’ fantasies. The cynicism is disgusting.

Not Young Musician of the Year, obviously. More likely making a hat for your primary school Christmas party and winning first prize of a Toblerone. But you’d never recreate that raw adrenalin rush of success, and since then your life has been a series of miserable failures like an attractive partner, terrific kids and a really good job.

Christ, did I wear that? A man explains why he looked such a twat in the 80s and 90s 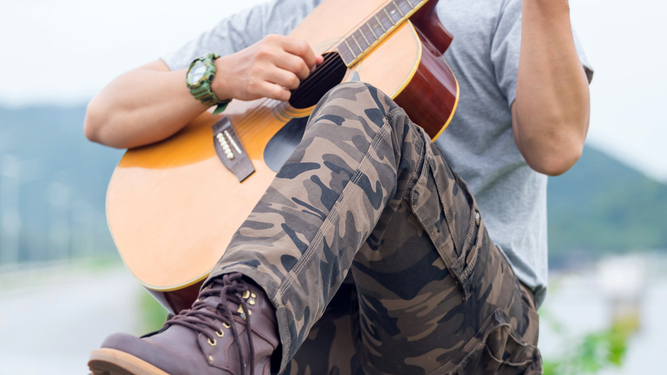 HI, I’m Nathan Muir. I’m a normally dressed middle-aged man now. But back in the 80s and 90s I looked like a colossal knobhead due to my fashion choices. Here are some of them:

On the rare occasions when I chose to cover my 90s curtain haircut, I’d wear a bucket hat like Reni out of the Stone Roses. When my neck went stiff from tipping my head back to see where I was going, I’d switch to a fresh-looking bandana, like Axl Rose. I thought I was cool. Jesus.

I desperately wanted to stand out from the crowd, so wearing camouflage combat pants wasn’t the greatest choice. Before that my baggy ‘Madchester’ jeans were even worse as they got caught under my trainers and hems covered in all sort of filth and dogshit isn’t a good look.

Nothing says 80s like a baggy ‘Frankie says relax’ or ‘Choose life’ t-shirt. Or a ‘Gold’s Gym’ vest under a ‘Pineapple Dance Studio’ sweatshirt. I rocked them all, and if you didn’t like it a ‘No Problemo’ sweatshirt was my withering response.

My unappreciated workhorse of 80s and 90s fashion, and only one pair ever needed. Both straps up for the 80s Dexys hobo look, then one strap hanging down a decade later for the Will Smith fresh flattop vibe. Still in vogue now, but mainly for painting and decorating gigs.

No self-respecting homeboy like me would be seen in the 80s without a two-piece, highly-flammable tracksuit, Adidas sneakers without laces, and NYC cap turned backwards. Or I could slip into a pastel shellsuit and effortlessly switch from ‘Run DMC’ to ‘scally off Brookside’.

One 80s and 90s outfit that never suffered rejection from urban catwalks is the Canadian tuxedo, or double denim shirt and jeans. My kids keep asking to look at old photos of me, but I think it’s because they like laughing until they almost wet themselves.