Three bikes in the bath: the grim as f**k student houses you lived in

WHILE you look back fondly on your university days, you lived in some disgusting houses. These scenarios will be all too familiar:

Futon in the sitting room

To the tightfisted landlord, everywhere can be a bedroom with a little bit of ingenuity. Losing sleep waiting for your housemates to finish playing Mario Kart at 2am each night before you could fold out your uncomfortable little bed at least gave you an excuse for your awful grades.

Three bikes in the bath

If you live in a third floor flat without a balcony, you need to be resourceful with storage. So after stumbling over all of your bikes in the hall for several weeks, the bath seemed a good spot to keep them. Showering without the grazing your shin against a razor-sharp pedal is overrated anyway.

Hole in the roof

For the first four months of your new tenancy, you’re either too pissed or too hungover to bother to wonder why the house is freezing and there is an insistent drip from the ceiling. However, when you finally make the the effort to open the hatch to the attic, you see a big patch of sky where tiles should be. It takes you another four months to inform the landlord, by which time you’re about to leave anyway.

After turning the heating off when you all go home for Christmas, you return to find large patches of weird, wonderful and terrifying-looking mould blooming on the walls. Rather than dealing with it in a sensible manner, you simply tape posters over it, get some beers in and pretend you aren’t going to be inhaling potentially deadly spores for the rest of the year.

Your human flatmates are annoying, grubby little bastards, so why not welcome some more in the form of mice and rats? You refuse to call in an exterminator as it will cost money you could be spending on weed, and instead get so used to your new furry friends that you end up naming them when you’re stoned.

Dubai, and other holiday destinations for pricks 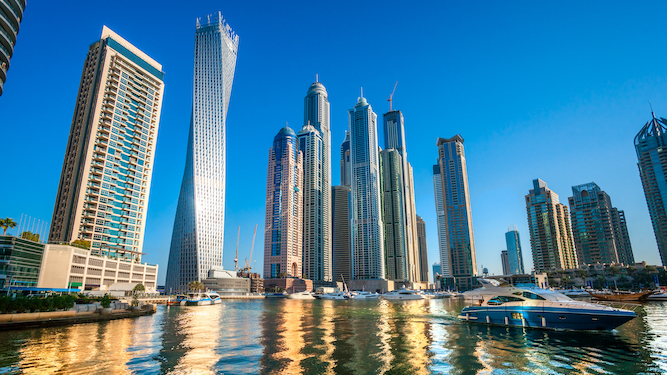 ARE you a complete bastard in need of a holiday? Here are five destinations that will sate your worst instincts:

While you bang on about how Covid lockdowns were an infringement on your human rights, why not have a glamorous holiday in a place built using forced labour where you could be thrown in jail for shagging your girlfriend or saying a rude word in public? Top tip? If you’re able to overlook the human rights abuses used to create them, the shopping malls are wonderful.

There’s a lot to love about Thailand, but real wankers are only heading out to Bangkok to drink cheap beer and take illegal substances at full moon parties, all under the guise of ‘finding themselves’. Top tip? Given the harsh drug laws in the country, the place you are most likely to find yourself is in prison for a couple of decades.

The Cayman Islands represent a real ‘home away from home’ for some Brits, mainly because tax-evaders like to pretend their businesses are based here. Enjoy paying $12 for a single pint and knowing none of your money is going to supporting the infrastructure of the island. Top tip? If you get bored, play a game of ‘Spot the British MP on an all expenses paid jolly’.

If your idea of a thrill-seeking adventure is taking a guided tour of an impoverished, miserable country with a nuke-obsessed dictator, you’ll love North Korea. Never mind that you’re funding Kim Jong-un’s excesses through your morbid tourism. Top tip? For an extended stay, try to take a photo in an unapproved area.

Flashy bastards love Las Vegas for its unbearable heat, vile architecture and undercurrent of sleaze. If you insist on holidaying here, you – Actually, on second thought, go. Head to a casino and dump your life savings into the slots, you prick. Top tip? If you marry a stranger in a 24-hour chapel, you aren’t living a spontaneous, romantic dream. You’re a moron.