Git 'pops round' without texting first

A WOMAN who visits with no prior warning is a pain in the arse, her friends have confirmed.

Emma Bradford regularly visits without even sending a text, throwing people into a panic if they are doing things like slobbing out watching Eastenders in their pants.

Friend Nikki Hollis said: “Emma ‘popped round’ yesterday, leaving me wondering who the fuck it was at the door while I frantically tried to change into my jeans from my manky dressing gown.

“Still, it wasn’t as bad as when she visited when I was splitting up with my boyfriend and we all had to drink tea cheerfully for an hour before getting back to being really upset.”

Fellow friend Tom Logan said: “You don’t come round unannounced just because someone once politely said ‘pop in if you’re in the area’. No one means that bollocks.

“It’s not that I don’t want to see Emma. I’d just prefer to know if I need to tidy up embarrassing stuff like loads of empty beer cans and my box set of The Flash.”

Bradford said: “I’m going to pop round to Kirsty’s at 9am tomorrow. She’ll like that after she’s been drinking heavily the night before and is probably still covered in kebab sauce.” 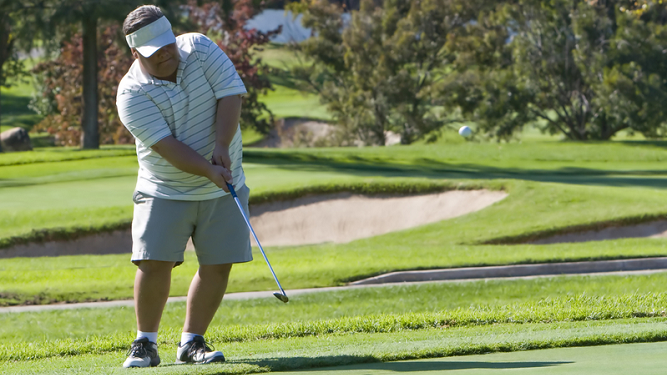 THE EU has imposed a 40 per cent tariff on overweight American golf tossers flying over here to lumber around a green near a castle.

Patronising Americans who flock to Europe with overpriced clubs they are too unfit to even pull around in a bag on wheels will be charged a tariff on entry and further fees for calling anything ‘quaint’.

European Commission president Jean-Claude Juncker said: “A tariff on baseball caps. A tariff on 3XL polo shirts. A tariff on tiny, piggy eyes blinking out from a wall of sagging flesh.

“It might appear we are specifically imposing a trade barrier on President Trump and his followers that closely resemble him, and yes, that is entirely the case.

“You want to come to Scotland and show an uninterested barman your 12-page genealogy proving you’re descended from Bonnie Prince Charlie? From now on it will cost you to come over here and patronise everyone.”

US tourist Wayne Hayes said: “I don’t know what the fuss is about. The only steel Europe makes is for suits of armour and enchanted swords.”