BRITAIN is looking forward to another day of sweltering weather with all swimming pools closed, beaches overcrowded, and beer gardens dicey at best.

Across the country, Britons are looking out at the blazing sunshine and asking themselves what the f**k they are meant to do about it given the whole Covid thing.

Helen Archer said: “I could go out and sunbathe in my bikini in a park, if I wanted to be one of those kind of twats.

“Otherwise what is there? Picnic by a river? It’ll be heaving with dickheads. Beach? I’ll be on the front page of the Mail being one of the arseholes I tut about.

“Pub? Not unless I want my entire area locked down. Open-air pool? Should have booked in June, mate.

“And wild swimming might be very cool and organic and just the thing for Guardian-reading tits like me, but people drown. And that isn’t an otter bobbing mere feet from your face. It’s a turd.

“At least when it was sunny at the office you had air-conditioning. As far as I’m concerned the glorious weather can f**k right off.”

How to scare the shit out of people, by a house spider 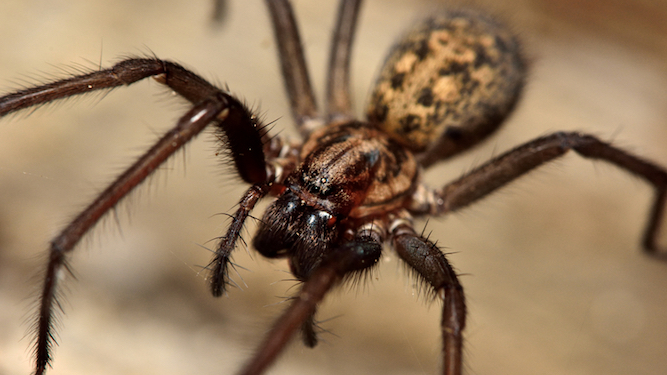 WANT to make people jump out of their skin at a moment’s notice? Here house spider Roy Hobbs explains how to terrify otherwise rational adult humans.

Build a house made of bum thread

A burrow in the ground or a nest of twigs isn’t good enough for us spiders. Instead you need to shit out a home made of sticky silk and sit in the centre of it completely motionless day and night. It’s creepy but it’s so clean you can eat your dinner off it.

More eyes equals more scary, that’s just a law of nature. Pair that with eight long, slender legs and you’re ready to make scaredy cats scream and try to smack you with a rolled-up newspaper. They’ll always miss though. Because you’ve got eight eyes and eight legs.

Appear out of nowhere and skitter across the floor

Wait until people are snuggled up on the sofa watching a rom-com before you make your ungodly move. Ignore their shrieks of terror then sneak under a cupboard door so they’ll never find you and spend the rest of their evening living in fear.

It’s a suicide move but totally worth it. Even if innocent sleepers don’t actually choke to death on your flailing limbs, you’ll be contributing to a widespread public fear that will make them dread nodding off. But they will eventually. And you’ll be ready.

Have relatives in Australia that are f**king deadly

You know, the massive poisonous ones that pounce on their prey with lightning speed. They might be a different species on the other side of the planet, but you’re all family. And even if you’re not a badass spider who eats birds, but you can still scare the shit out of people just by sitting in the bath. It’s that easy.