The couple's guide to being dicks about moving out of London

ARE you planning to move out of London and believe it is the most important event in human history? Here’s how to drone on about it in a self-absorbed, middle class way.

Do not f**king shut up about it

Your move should become the only thing you and your partner talk about for the foreseeable future. If someone tries to commit suicide with a fork at one of your dinner parties to escape the tedium, you have described your important lifestyle change well.

Be extremely patronising about other parts of the country

You’ve considered moving to Kent, but it’s too pricey, but there’s no way you’re relocating somewhere like the Midlands. You can’t abide the accent and do they even have schools there? Anywhere west of Swindon is out because they’re all inbred peasants, and Essex is no-go because literally everyone there is a permatanned TOWIE moron with a vajazzle and a low IQ.

Be amazed by anywhere slightly rural

Once you’ve bought a nice enough house in a semi-rural town, act as if you’ve moved to f**king Mars. Ramble on about how clean the air is, how there’s “a real sense of community”, and start growing vegetables. Your friends will be fascinated by daily updates on how your courgettes are doing.

Be scathing about anywhere slightly rural

Don’t let your pleasant new surroundings stop you going on a massive whinge-fest. Complain about the broadband speed relentlessly – this is deeply interesting because no one else has ever had internet problems before. Also be outraged that a small town of 15,000 people does not have its own Tate Modern.

Depress your friends still in London

After months of forcing your friends to listen to your reservations about leaving the big city, suddenly decide London is a dangerously polluted, overpriced hellhole, and you’re “just so relieved to be out of the rat race”. Point out that their rents are “dead money”, and ask them if they’ve got good home security, because London gangs are doing a lot of home invasions these days. 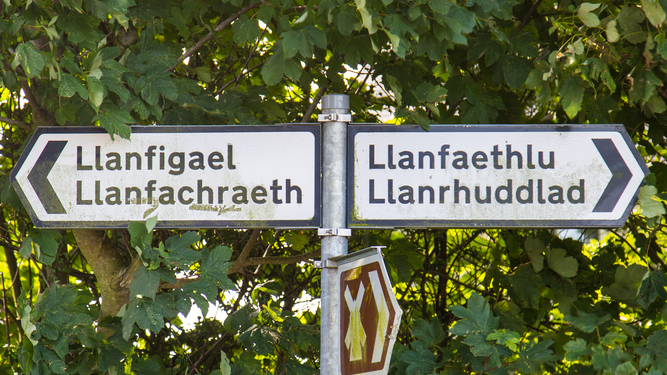 THE inhabitants of a village in the Welsh valleys have admitted they do not know how to say its name any better than you do.

After years of simply muttering under their breath or shrugging when asked where they lived, residents of picturesque beauty spot Pythmchlwyth have finally decided to come clean.

Postmistress Margaret Jones said: “Our village name looks like an unplayable Scrabble hand. You’d think I’d have learned how to say it from my parents, but they just mumbled something a bit Welsh-sounding and changed the subject.

“I’m not even sure I could spell it. With a gun to my head, I’d be pretty confident it has two Ys and some Ls in it, but I’ve no idea where they go.”

Jones went on to confirm no one in Pythmchlwyth had spoken any Welsh there since 1990, although they did ramble on tediously about their Welsh heritage when confronted with an English person.

Local resident Alun Jeffries said: “Of course I can pronounce the name of the village. I just like to refer to it as ‘the village’.”

When pressed, he added: “Pimmywithywick?”