A MAN is worried he is not properly engaging with the ‘crisis of masculinity’ he read about in the Guardian.

Office worker Tom Booker was unconcerned about his maleness until he read the article introducing him to concepts such as being ‘disenfranchised by female empowerment’ and ‘toxic masculinity’.

Booker said: “I hadn’t really thought about my masculinity until I read the article. I now realise I should be having a total meltdown about it but I’m not sure where to be begin, to be honest.

“Should I blame women because they’ve stolen traditionally male jobs? I’ve always been happy my girlfriend is an engineer because she earns enough money for us to have a holiday twice a year.

“The article also said many men are lacking positive role models. I phoned my dad to check but he just wanted to talk about his tomatoes and new Sky package so I’m none the wiser.

“It’s the ‘toxic masculinity’ thing that worries me. Maybe I should be a lot angrier and starting fights? I don’t fancy my chances with that, though, because I’m mainly into collecting graphic novels.

“I think I need counselling to deal with it, or not, or just to clarify the whole issue. I’m still not even sure if you’re meant to put the toilet seat down.” 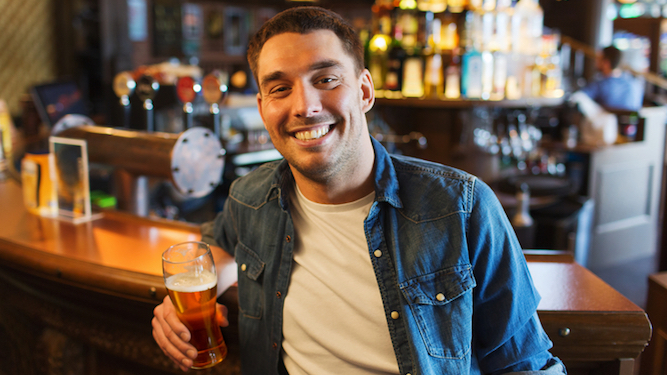 ANYONE wishing to get utterly shitfaced this weekend should not forget to put the clocks forward for beer o’clock, the government has advised.

Britons can make the most of an extra hour of drinking – or more – by simply changing the time at which they consider it acceptable to start getting pissed.

A government spokesman said: “From now on beer o’ clock will be earlier to reflect the changing face of modern, recreational, borderline-alcoholic Britain.

“There’s no actual official time for beer o’clock, so on Saturday it could start as early as 10am. It just depends how much of an alkie you want to look.”

Helen Archer of the CBI said: “Allowing workers to start drinking earlier will cost the economy billions. But that’s just theory. In reality there will be a massive boost to the drinks industry and sales of extra large doner kebabs with everything.

“To be honest I don’t care. I’m just counting down the seconds until I can go home and get stuck into a wine box.”

Office worker Tom Logan said: “Our boss has decided to permanently change beer o’clock from 5pm sharp to 11am. It’s a much simpler system, although it’s hard to do work when you can barely stand up.”