The mum's guide to humiliating your children on Facebook

ARE you a mum who loves posting stuff about your grown-up kids on Facebook even if they hate it? Here’s how to subject them to maximum embarrassment.

Post mawkish, American-style guff about life events, eg. “Youngest went to uni today. The house is empty of life and laughter but I mustn’t cry. He’s a man now, making his own way in the big wide world.”

Share awful photos on your child’s Facebook page, such as them aged two sitting on a potty with a moronic expression on their face. Sarcastic workmates and potential sexual partners never look at their Facebook page.

Slag them off to relatives

Not in a vicious way – just congratulate your niece on her new job at an investment bank with stupid comments like: “Maybe OUR daughter will get her life together one of these days!!! :-)”

Remind them of toe-curling childhood incidents

These can be fairly normal childhood quirks, but it’s still pretty painful for a 45-year-old man to be reminded of the time he had an invisible friend called Penelope who he planned to marry.

Assume you are one of their mates

Take an active role in your son or daughter’s Facebook comments chat, creepily befriending friends of theirs you’ve never met and generally behaving like a stalker they can’t ring the police about.

In the wacky world of the internet, there’s a small chance a silly photo or stupid mum comment will go viral. Imagine your child’s delight at being mocked by 32 million people, including Dara O Briain and Justin Bieber.

An eight-point guide to being a dick on the internet 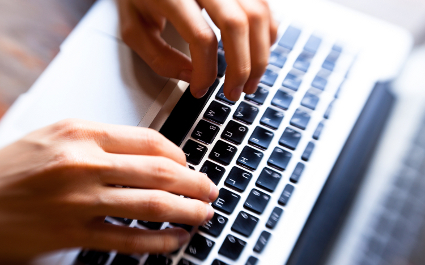 IS everyone on Twitter an idiot except you? Do you love angry typing or threatening people? Then trolling, also known as ‘being an absolute fucking dick,’ could be for you. Here’s an eight-point guide:

1) The first thing to remember is that everyone on the Internet is stupid. It is your job to tell them all how wrong they are about everything.

2) As a rule of thumb anything you would not say to somebody out loud in real life is most definitely OK to say online in front of millions of people.

3) Be mean to all the women. Especially the ones who have opinions or cellulite. If they do not leave the Internet immediately, get a bit rapey with them.

4) It doesn’t matter what you say it is the way you say it. Don’t be afraid to call someone a dirty pedo on a thread about homemade soup.

5) Use Photoshop not facts.

6) Never scroll past anything you do not agree with. In fact, even if you do agree with it or have no idea what it means, comment with ‘stupid c**t’ anyway.

7) Don’t let a little thing like ‘not reading the article’ stop you having an opinion about the article, the writer of the article and anyone commenting on the article.

8) And finally, when in doubt ask yourself, ‘what would Piers Morgan do?’.