Mum fends off robbers by telling them about her blog

A BRAVE mother-of-two fought off handbag thieves by describing her blog about the trials and tribulations of being a mum.

Quick-thinking Donna Sheridan subjected her assailants to a selection of mind-numbing content from her largely unread blog Adventures of a Funky Mummy.

Sheridan said: “They’d got hold of my bag but when I started telling them in detail about a recent cupcake-making party for my daughter Zoey they began to look afraid.

“Seeing my chance I grabbed my mobile and started reading out my hilarious blog post ‘Sometimes I think I’m a bloomin’ taxi driver for this family!’.

“They ran off but I cornered them in a shop until the police arrived by reading aloud all six instalments of ‘Funky Mummy’s holiday diary: In the Brecon Beacons with The Tribe’.

“I’m not a hero, I just instinctively wanted to tell anyone who’d listen about my incredibly dull parenting experiences. Also I’m starting another blog about my vagina, it’s called Donna and the Muff.

“If anyone from FemFresh is reading this perhaps they’d like to sponsor it.”

Police officer Emma Bradford said: “When we got there one of the suspects was curled up in a ball with Ms Sheridan attempting to show him pictures of a small boy cleaning out a hamster cage.”

Tickets on the door only, rules Ticketmaster 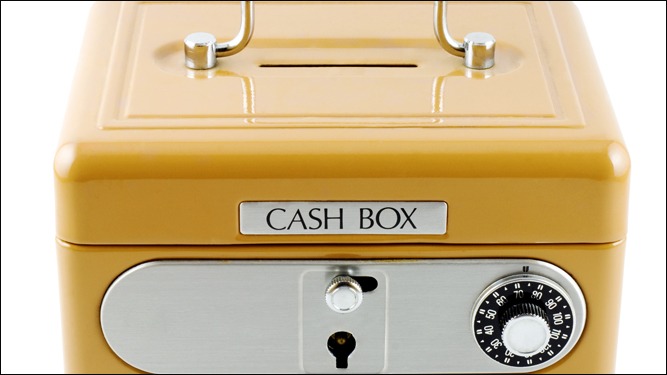 TICKETMASTER has closed its secondary resales websites and its main website, announcing that from now on the only way to get in is to queue at the door.

The current system of purchasing tickets in advance on the internet, which is open to abuse, will be replaced by a door crew of four and a trestle table.

A spokesman said: “If you’re one of the 20,000 coming to see the Arctic Monkeys in September, arrive early. Only one entrance of the O2 will be open and we don’t set up until half-six.

“Keith and Lee will be on the door outside, making sure there’s no trouble, then Kath’s inside with her cash box. It’s cash only. We’re not messing about with cards.

“She’ll also tell you to piss off home if you’re too young or too hammered, and she’s got Pete in there to make sure you do. Not afraid to lay a hand on, is Pete.

“That shouldn’t take more than a minute and you can pick your own seat. First come first served, unless there’s a jumper on it. Them are ours.”