NO serious person, whatever their politics, could ever doubt that the BBC is unfailingly impartial. Jane Hill unbiasedly explains why £154.50pa is a bargain:

We cater to everyone

Even when we probably shouldn’t. Have we made it easier for extremist views to become mainstream? Well, frothing xenophobes pay their licence fee just like you. Do you want to be their sounding board when Question Time’s gone?

Pacifies toddlers from when they wake shrieking at the crack of dawn through to their final angry stupor. The country’s babysitter only you don’t have to drive it home or buy it snacks. You’re welcome.

There are shows on Sky that Britain watches, but only the American ones we used to buy until Sky came along. What else has it had? Dream Team? Brainiac: Science Abuse? Making telly is hard.

What would you buy instead?

Everything costs a fortune these days. You’ve probably had nights out that set you back more £154.50. In fact you’d be better off financially by staying in with a bottle of wine and a Top Gear binge-watch. Put Mrs. Brown’s Boys on. We don’t judge.

It’s us or Rupert Murdoch

Okay, we’re not perfect, but come on. Emperor Palpatine will strengthen his stranglehold on the media if we go under, so do yourself a favour and pay the licence? If we bring back Blake’s 7 as a high-budget drama, will that seal it? 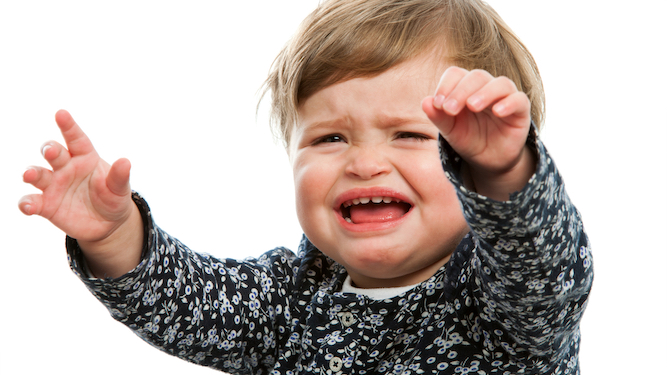 Two-year old Kelly Howard has been diagnosed with post-traumatic stress disorder after a small clump of cotton slightly rubbed her toes for around three seconds.

Mother Emma said: “I had her on my knee, pulling her socks up, when suddenly she began to scream and convulse.

“I ripped the sock off as quickly as I could, assuming there were knives or scorpions in there, but there was nothing except a small area where the sock had clumped in the wash.

“Apparently the fact that I created the clump, forced her into contact with the clump and then was dismissive about the clump has caused irrepairable damage. She can no longer trust me. Perhaps she never will.”

Kelly said: “We need to stop the stigma and start speaking up about sock lump trauma, which I and many of my peers suffer from.

“Grown-ups don’t realise what a danger sock lumps are to us. Sock lumps and climate change.”