A CHILLED-OUT girlfriend fully aware that Valentine’s Day is a corporate moneymaking scam expects chocolates and a bouquet regardless.

26-year-old Lauren Hewitt, who often rants about the transparently materialistic and sexist marketing-led occasion, would put up with Thorntons but is hinting at Hotel Chocolat.

She said: “February 14th is just another day. I don’t have to celebrate my love when some suits in an office decide it, and you don’t prove respect and commitment with expensive gifts.

“That being said, I’m not going to turn down chocolate. I’m all for standing up for your principles but I’m not bloody Gandhi. And I bet even he’d put fasting aside for a box of Godiva.”

Boyfriend James Bates said: “Last year I fell for all the talk about how it was corporate propaganda forcing us to spend money, bought her nothing and made her a card. That got me solidly bollocked.

“This year I’ve laid out £70 on exactly the kind of fake, empty gifts she affects to despise, because you can’t trust anything women say.

“In fact I’m interested in seeing how her anti-commercial stance holds up when she gets this three-foot-tall teddy bear holding a heart.”

How to cope with being a pointless Poundland Royal: Eugenie's advice to her new son 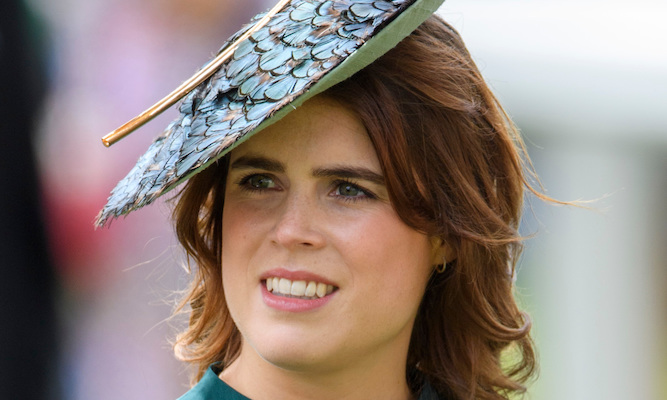 EXPLAINING to a baby that, as a second division member of the Royal Family, his life will be gilded and purposeless isn’t easy. Here’s the advice I’ll give him:

Focus on the positives of being rich

You may not be an A-lister like Wills, Kate or Queenie, but you’re f**king loaded whatever. When jealousy of their key roles opening leisure centres and patronising charities creeps in, I cheer myself up by buying vulval hats or a horse.

At a loose end? Ask a servant if it’s winter, and if they say yes hop on a plane to Switzerland and ski until it isn’t. There are plenty of dense rahs there who won’t laugh at you for saying ‘Can we have the scrummy melted cheese again?’ without irony.

Get a bullshit job

I worked in New York as a ‘benefit auctions manager’. I do not know what that is. When you’re only employed because of who you are, choose something poncey with plenty of downtime. Freelance jewellery consultant, fashion house PR ambassador, and trend curator all add value to society.

Mum filled her time with ‘Hugo the Helicopter’ and nobody cared. Children’s books are easy because they’re for kids and you can turn anything into a character. Just this morning, over breakfast, I had a fantastic idea for one called ‘Peter the Dirty Plate’.

Stay in the loop

You may be no Meghan Markle, but turn up at the weddings. They’ll take pictures of you and you’ll feel like a real royal. Plus there’s always loads of leftover food. Just don’t screw things up, I think we know who we’re talking about here, Dad?

We royals are all over charities like flies on shit. Be realistic, accept you might not get the top gigs, and do your bit by wearing a gown and turning up to lunches for Save the Ecuadorian Wanking Monkey.