Five perfectly innocent texts and how your partner will misinterpret them

ONLY a passive-aggressive weirdo could misinterpret simple texts. That’s your partner and here’s how they’ll read a straightforward message totally the wrong way.

Simple, concise and positive. What could go wrong? Just the fact that you’ll soon be dealing with your partner’s mad paranoia. Why didn’t you use an exclamation mark? Did you not spell it ‘okay’ because you’re mad with them and can’t be bothered anymore? Their friends will agree it’s pretty cold, mate.

Even if you’re notoriously shit at keeping track of time this will trigger suspicion. Your tardiness is because you’re in bed with that work colleague you’re always talking about. It was probably all you could do to press ‘send’ in between the throes of passion, you bastard. Expect a text in response saying it’s over.

Your partner sent you a funny meme, which is the foundation of your relationship, and you replied with this. Bad move. They will think you’re laughing at them instead of with them. Expect to be immediately blocked and cancelled on social media. What sort of scumbag sends ambiguous texts mocking their own partner?

This is breezy enough, surely? No. It’s as formal as an email from your manager requesting you at a disciplinary meeting, and your partner will read it in the malevolent voice of a Mafia don. You might as well have written, ‘Attend meeting room 12 promptly. Bring the horse’s head I left in your bed.’

It’s got ‘love’ in so this text is watertight, right? Look closer, arsehole. There’s only three kisses at the end, which is less than you usually use, and there’s not even a heart emoji. Are you some sort of robot? Instead of sleeping your partner will start swiping Tinder for someone who isn’t a cold, distant sociopath incapable of expressing emotion. 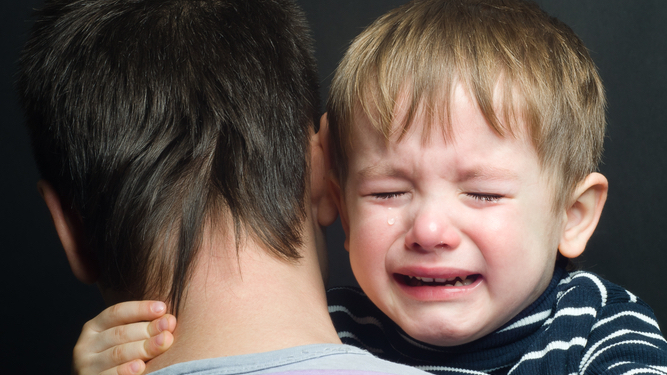 DO you feel your children should be aware of the war in Ukraine? But can you also not be arsed to explain it responsibly? Be sure to cover all these bases.

Explain the effects of a nuclear holocaust

Breezily inform your kids they’ll be vaporised instantly – along with mummy, daddy, all their toys and favourite pet. When they start crying reassure them they’re the lucky ones – it’s the kids trying to survive in the irradiated wasteland they should feel sorry for. Hypothetical child-eating giant cockroaches will add ‘colour’.

Imply the Russian army is coming for them personally

Your child hasn’t got a clue where Ipswich is, let alone Ukraine. So it’s easy to imply that hordes of brutal Russians are coming to the UK. Let their little imaginations run wild – they’ll soon believe the Russians are evil monsters with fangs who’ll pluck them from their beds for a midnight snack. Are kids daft or what?

In case the situation wasn’t terrifying enough, why not mention there’s a ruined nuclear power plant which could easily send clouds of radioactive dust over Europe if destroyed? Don’t get put off your stride describing the effects of severe radiation poisoning when they begin to blubber.

Implausibly, they’ll have to fight in Ukraine

Be misleadingly vague, saying things like ‘EVERYONE is having to help fight the Russians’, suggesting they’re about to be handed a rifle and shipped off to Kyiv. They’re too naive to question the logic of sending a small child who still carries a cuddly toy around to fight Spetsnaz commandos. Give an interesting account of bayonet combat to really get the bed-wetting started.

World War 3 is a certainty

Tell your kids Ukraine might seem far away, but World War 2 was triggered by Hitler’s invasion of Poland (a good opportunity to add an extra tutorial on the Nazis). Also explain Putin is totally insane and could do anything. You’ll get a nice break from watching Peppa bloody Pig if they’re sitting trembling under the dining room table waiting for the world to end.