NEIGHBOURS is to be permanently axed, but it was practically illegal not to watch it in the 80s. Forget nostalgia – here’s why the shitty Aussie soap was a blight on the nation.

It really was shit

Neighbours not only had wooden acting, clunky dialogue, trivial disputes and tedious misunderstandings, it also really plumbed the depths of soap opera toss – a character with amnesia, a plane crash (only killing unpopular characters) and Bouncer’s dream about marrying another dog, which is bollocks for too many reasons to list.

You watched it twice a day

Due to its odd scheduling, you could go home from school and watch it at lunchtime, then catch it again when you got back later. Why? You wouldn’t watch something good like Apocalypse Now twice a day. What a f**king phenomenal waste of time.

Pete Waterman had the evil/brilliant idea of flogging his shit pop to very young, undiscerning teenagers. And what better new star than C-list girl next door Kylie Minogue? Soon the charts were full of irritating, soulless pop hits like I Should Be So Lucky. If you’ve ever wondered if Waterman actually hated music, the fact that he made a record with Roland Rat suggests ‘yes’.

Neighbours was a gateway drug

After dabbling in class B Australian telly, you wanted to try the hard stuff: Prisoner: Cell Block H. Inevitably the ropey prison soap ruined your life. Not in the heroin sense, just staying up half the night at uni watching it while stoned and failing to get a 2:1.

You can never respect an Australian actor again

Almost every Aussie thesp did a stint on Ramsay Street. Try watching Master and Commander knowing Russell Crowe was in it. You’ll keep imagining Captain Aubrey having a barbie in the officers’ dining room. Other victims include Margot Robbie, Guy Pearce and Liam Hemsworth. Cate Blanchett is quite snooty about having avoided it, which is a bit rich considering her most famous role is an elf with plastic ears.

You became permanently prejudiced against Australians

Even now, you can’t shake off the belief that all Australians are suburban dimwits obsessed with very minor problems, watering their lawns and getting a job at Daphne’s. And they’re all called things like Toadfish, the f**king idiots. 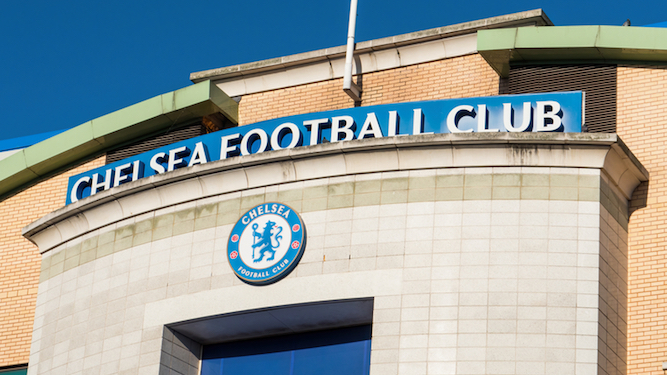 CHELSEA FC has been put up for sale in exclusive billionaires’ publication Bastards & Despots Quarterly, it has been confirmed.

The football club is being advertised to the publication’s discerning readership of dictators, drug barons and human rights violators by Roman Abramovich, who has marked it as ‘reluctant sale forced by change in political climate’.

“The current owner enjoyed the great benefit of no questions being asked about the provenance of his funds or the full extent of his bastardry for 19 years after spending his loose change on players, and would like to pass this to others.

“A perfect purchase for a Mexican cocaine lord looking to go legit, an Asian autocrat chasing positive publicity, or anyone keen to wash the blood from the billions they made from worker exploitation. Sorry, no Mike Ashley.”