Five things every girlfriend will get rationally angry about

IS the old ball and chain in a weird huff again? It’s probably due to one of these totally legitimate concerns, as well as the fact you just sniggered at ‘ball and chain’.

The state of your bathroom

You gave your bathroom a cursory clean the first time she popped round, but those days are long gone and now there are more hairs lining the shower than you’d find on a barber’s floor. Your girlfriend is right to hold her breath while she does her business as quickly as possible. At least buy some bleach, even if you never use it.

Your ex-girlfriend wasn’t ‘ker-azy’ because you forgot her birthday, she was reasonably upset that the one day of the year she could expect some love and attention slid by without any fanfare. To make matters worse, other men have set the bar so low you could have just stuck a candle in a cupcake and it would have been fine.

Saying someone else’s name in bed

We really shouldn’t have to justify this one on your girlfriend’s behalf. If you accidentally yelp out some other bird’s name during the throes of passion, then your mind was clearly picturing someone else doing the deed with you. Do the decent thing and pay for the removal van as she goes to live with her sister for a bit.

Your open flirting with other women

Being nice is a harmless way to grease the wheels of social interactions, but you’re clearly ‘on’ in a flirtatious way whenever there’s a hot woman involved. Often your poor girlfriend is right there to dab the drool from your mouth as you openly leer away like a wolf in a Tex Avery cartoon. She deserves better.

Not supporting her in any way

Whether it’s never helping out with the bills, neglecting your share of the housework once again, or not listening to her talk about another tough day in the office, your general lack of support is a running theme of disappointment with your girlfriends. And her female friends have the same issues with their boyfriends. Seriously, get your shit together, lads.

How to be vigilant when you're pissed, by Matt Hancock 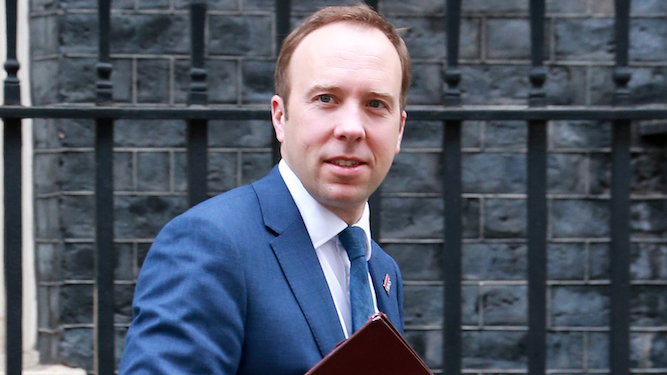 AS the country reopens and venues are once again filled with young punters, I, Matt Hancock, have set out a guide to maintaining a high level of vigilance when you’re five pints deep.

We have to balance the risk of the virus with the harm that lockdown has done to the economy. Keep necking the alcohol, though, and don’t get tap water – that kind of cheap thinking will destroy the hospitality sector and it will be, as always, your fault.

Drink with people you hate

If you go to the pub with friends or cronies, you’re inevitably going to want to go in for a hug – maybe a celebratory kiss on the cheek after you’ve tendered another PPE contract to their party supplies company. To combat this, I recommend grabbing a drink with an arch-rival, so neither of you will be tempted to break social distancing rules and go in for a cuddle.

This comes naturally to some drunks – the kind who accuse you of drinking their pint when they’ve been in the toilet (I’m looking at you, Priti!). Imagine that everyone you’re drinking with is secretly harbouring coronavirus, or a folder of text messages that they’re about to leak to a leftie journalist. Push them at the urinals and let them know who’s boss.

Drink at a pal’s pub

The best way to stay vigilant is to get drunk somewhere where you know for sure that the landlord will be following the strictest government guidelines – perhaps because he has the inside scoop on the virus’s progression from being close personal friends with a government minister. If your local is run by a normal guy who isn’t privy to public funds, you’re just not being vigilant enough.