TWO children have made it clear that a country walk is not acceptable if it does not include a café afterwards.

Luke Bradford, seven, and sister Sophie, five, have confirmed they are only prepared to put up with doing a boring thing suggested by their parents if they are plied with sugar afterwards.

Mum Emma said: “I thought it went too smoothly when I suggested the walk and the kids happily pulled their wellies on. But then I heard them chatting about whether to have their hot chocolate with or without marshmallows.

“When I told them there isn’t a cafe in the woods they didn’t believe me. Sophie explained to me that all things you do with children have to end with a café.

“Luke suggested he would compromise with a brownie if there was no hot chocolate on the menu. Now we’re all still in the house but both children are crying bitterly.

“I’ve said that maybe I could pack some apple juice cartons and Jaffa Cakes in cling-film, but they both looked at me in disgust and have taken their wellies back off.”

Boris Johnson to remember it's Brexit deadline day at about 4pm 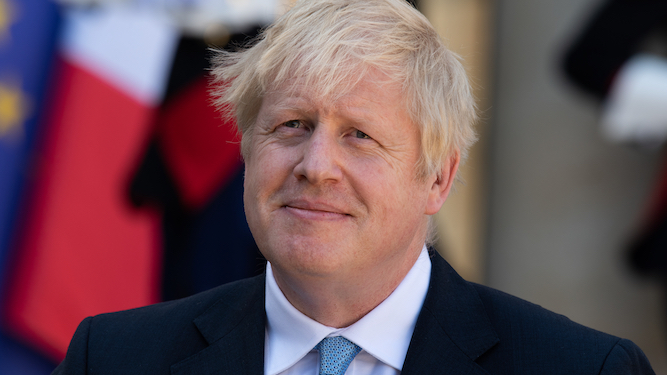 THE prime minister is today expected to rise late, enjoy a lengthy lunch, lie about farting then remember his Brexit deadline at approximately 4pm.

Johnson will lie in late snoozing while his partner deals with the baby then try to tempt her back under the covers for a shag. Rebuffed, he will make himself a bacon sandwich and return to bed.

Following a full roast dinner, the prime minister will lie around watching old Lewis repeats on ITV3, troubled by a vague feeling he has forgotten something important, before suddenly sitting bolt upright and shouting ‘Oh shit!’

A Downing Street source said: “He’ll then run around frantically stuffing himself into a suit while ordering Gove and Frost to get to the Cabinet Room immediately, only to discover they’re already there.

“They’ll cobble together some half-arsed bullshit which is basically what the EU said with a load of mentions of sovereignty crowbarred in, then they’ll discover Ursula von der Leyen’s been waiting on Zoom for an hour.

“He’ll spin a line about an emergency COBRA meeting, plead for a few more days, get them, send everyone home and spend the next three hours relaxing in a well-earned hot bath.”